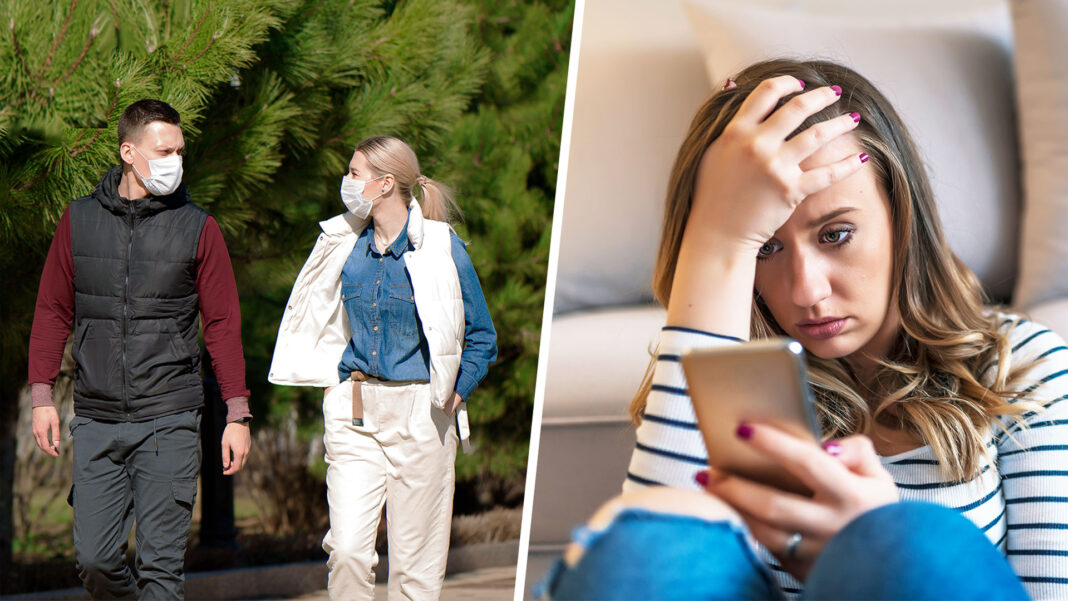 COVID HEARTBREAK: Police are investigating claims a man in a singles bubble began seeing other people.

The allegations were raised by his disgruntled singles bubble parter, who says he should face fines.

“He and I had been in our bubble for more than a week,” says Jane Quigley. “But then he breached it, putting others at risk.”

But the man told police he was only going for a walk in the park with the other woman, in line with public health orders.

Either way, Jane Quigley has since unfollowed the man on Instagram.

NSW Police say they have now distanced themselves from the matter.