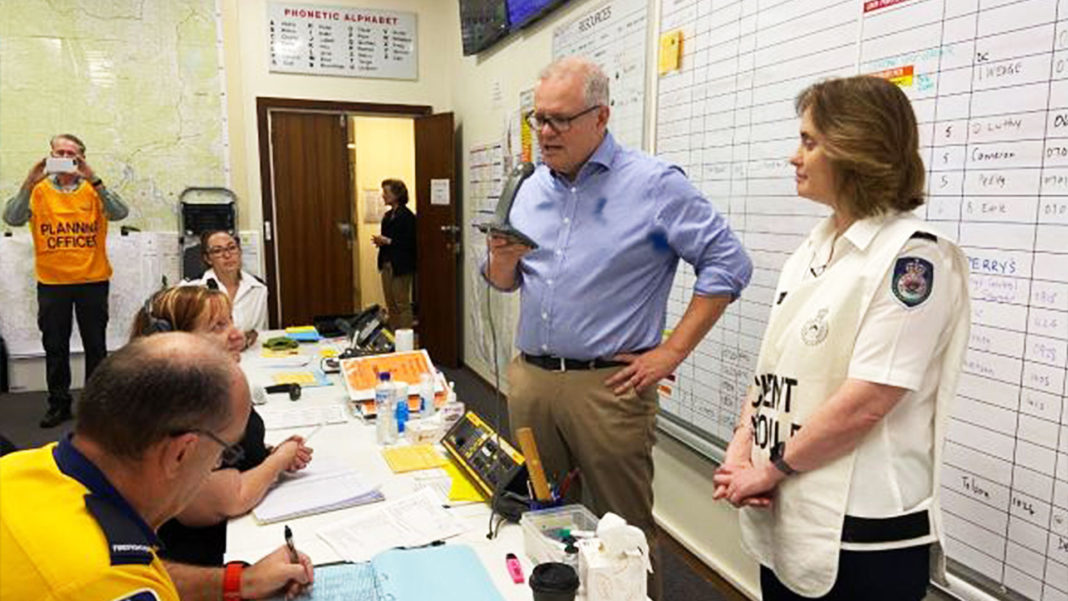 Scott Morrison has braved sweltering conditions at the Hawkesbury RFS control centre, as he thanked the state’s firefighters.

The centre’s air conditioning system broke down just minutes into the PM’s visit.

“It’s getting very hot in here,” he told the firefighters. “I’m going to take a short break but I’ll try to come back shortly.”

It’s understood Morrison then took refuge in a nearby McDonalds outlet for 30 minutes, before returning to the centre after the air conditioning was repaired.

“I want to thank all the firefighters for their incredibly brave work in difficult conditions,” Morrison continued. “There is still a long way to go.”

But the Prime Minister’s visit was again mired in controversy as he refused to take questions from firefighters or journalists.

“What about Australia’s carbon emissions you muppet!?” shouted one angry firefighter as the PM left the building again. “How can you refuse to acknowledge its impact?”

Almost 100 fires are still burning across NSW today, with dozens of blazes still not contained.