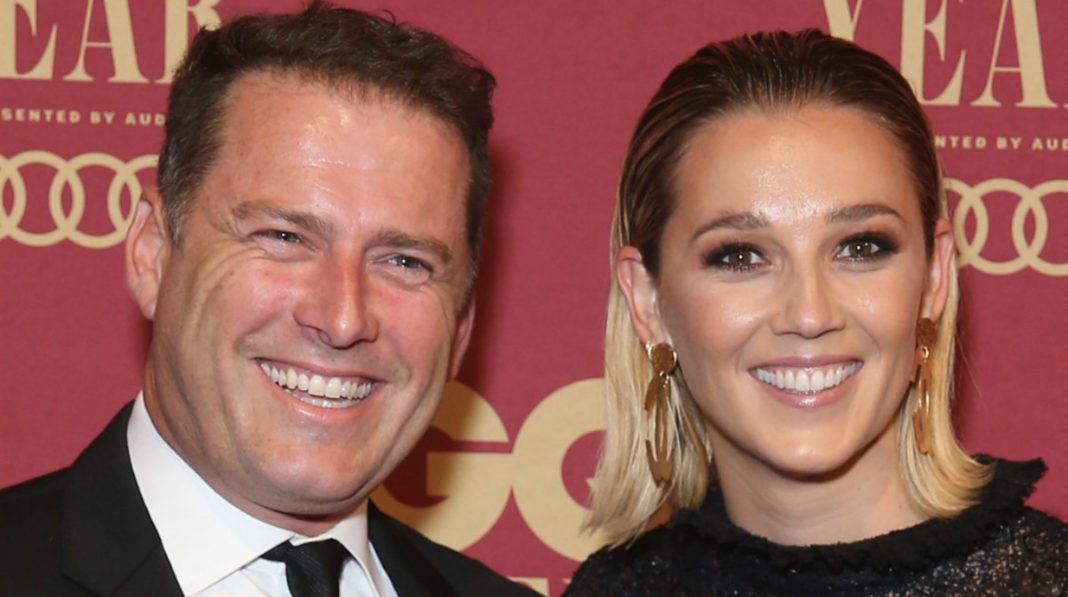 Karl Stefanovic says he couldn’t give a fuck about being axed as co-host of the Today show.

“I’ve been over that job for years,” he told Double Bay Today. “You try waking up at 2.30am every day to be watched on TV by nobody except grannies in nursing homes.”

Stefanovic is currently on his honeymoon after marrying 34 year old Jasmine Yarbrough earlier this month.

His split from ex-wife Cassandra Thorburn – and swift rebound – have been blamed for a sharp decline in Today’s ratings.

“Whoops,” he says. “I got out of a toxic marriage and found new love. Sorry to anyone who is offended by this, but right now I’m skiing in Aspen with my hot wife. Hahahah.”

His resignation follows the confirmation yesterday that his brother Peter Stefanovic is leaving Channel 9 after more than 15 years.

“Pete and I are happy to step off the sinking ship,” says Karl. “No one watches TV these days unless it’s sport or reality TV. Good luck with that Georgie Gardner and all those other battlers hahaha.”