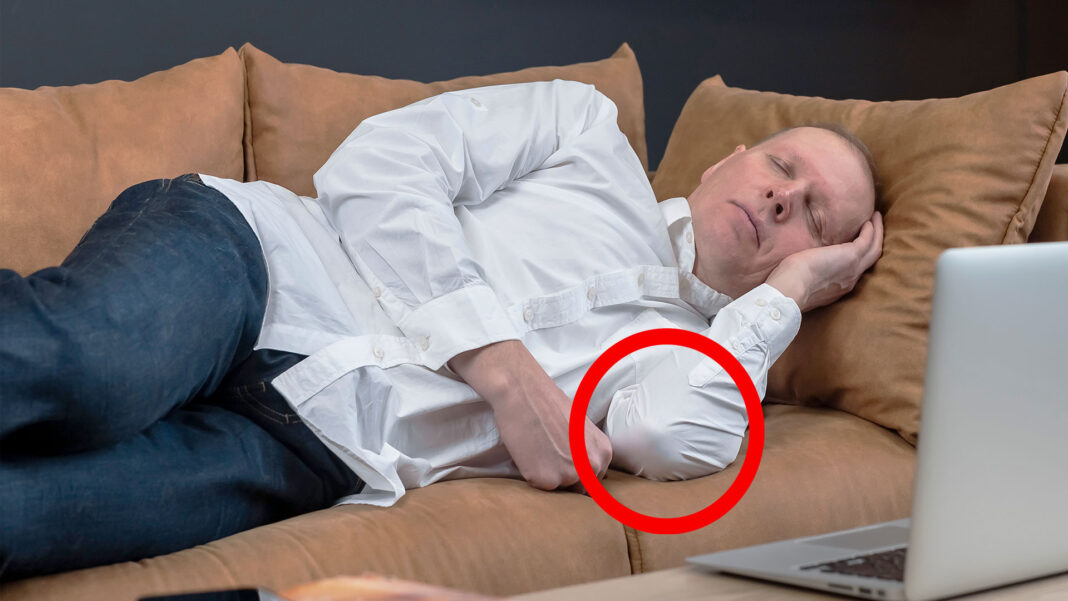 CAUGHT NAPPING: An impromptu sleep at home on the couch has ended in serious injury for one Sydney man.

Yesterday afternoon Gary Dragoon was rushed to hospital, after falling asleep in a strange position and waking up unable to move his elbow.

“He’s been diagnosed with a severe case of tendinitis, otherwise known as tennis elbow,” say doctors. “He’s in a serious but stable condition.”

The father of two says his body has been getting steadily more fragile since he turned 40 last month.

“On Monday I strained my neck while driving over a speed hump too fast,” he told DBT from his hospital bed.

“And Wednesday I pulled a muscle in my lower back during a sneezing fit.”

Doctors have asked Mr Dragoon to remain in hospital under observation over the weekend.

“The only upside about getting tennis elbow is that some people might think I actually played tennis,” he says.