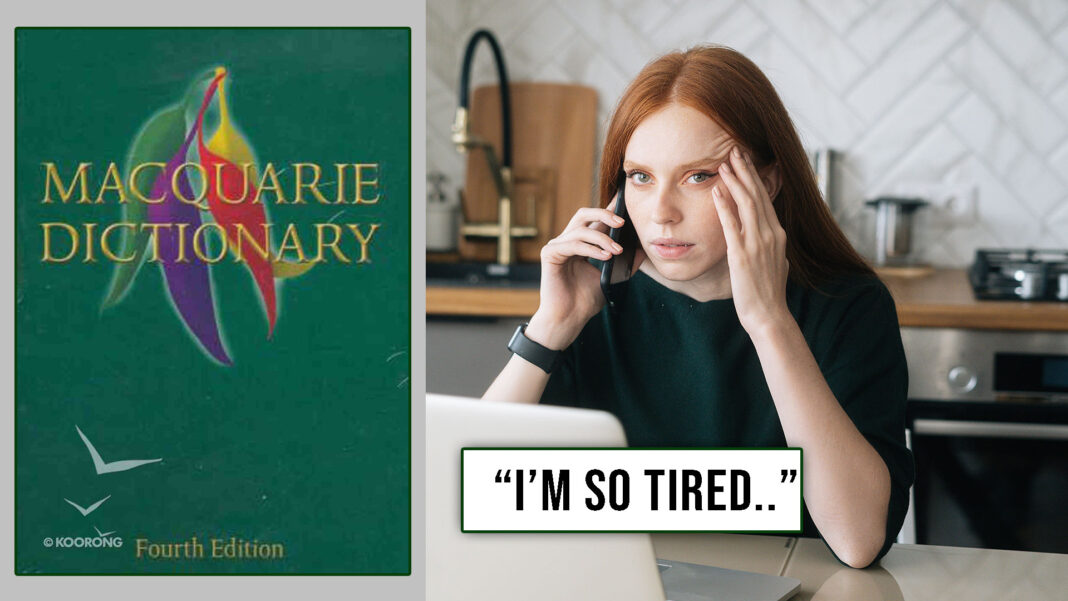 “Many people also say it when they have nothing else to talk about,” say language experts.

Burdened by too much work, social activity, family commitments and sleeping problems ‘”I’m so tired,” is now the most commonly used phrase for Australians aged 30 & over.

The discovery was made by researchers at Macquarie Dictionary who attached listening devices to 3000 Australians over the last 6 months.

“We noticed that ‘I’m so tired’ has also become the generic, default thing to say when people have nothing else to talk about,” say researchers.

“So it remains unclear of people who say they’re tired, are actually that tired.”

The second most popular phrase for Australians over 30 is “Fuck, I’m sick of this shit.”

And the most popular phrase for Australians under 30 is: “Can I have a toke of your vape?”