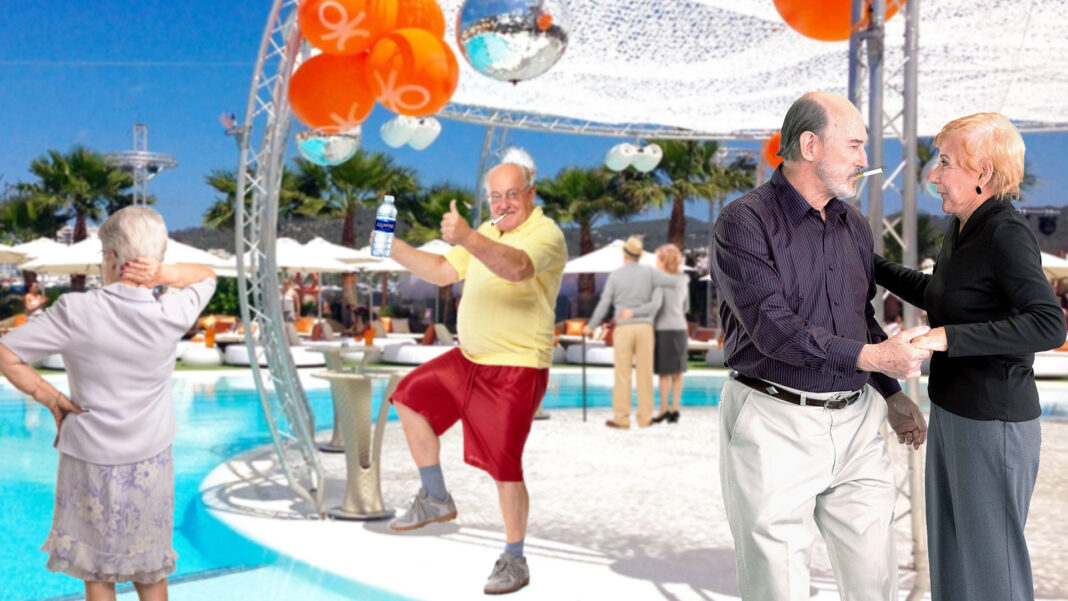 Tourism in Ibiza is ramping up as retires begin letting their hair down after a stressful pandemic.

After Spain’s tourism minister opened up the party island last week to those who’ve been vaccinated, thousands of elderly people have been flooding in.

“I’ve been wanting to go to Ibiza my whole life,” one 70 year old woman told DBT. “And now seems like the perfect time without too many people here.”

With the elderly able to access the vaccine quicker than others, there’s been a new wave of retirees occupying the world’s holiday hot spots, especially Ibiza.

“I haven’t partied like this in 50 years,” says one Sydney retiree after his second pinger. “I’m back baby!

Nightclubs on the island are opening up slowly, as more seniors arrive.

“I think we are going to go to Amnesia tonight,” says another Australian tourist. “I’ve been at day club today since 8am mate.”