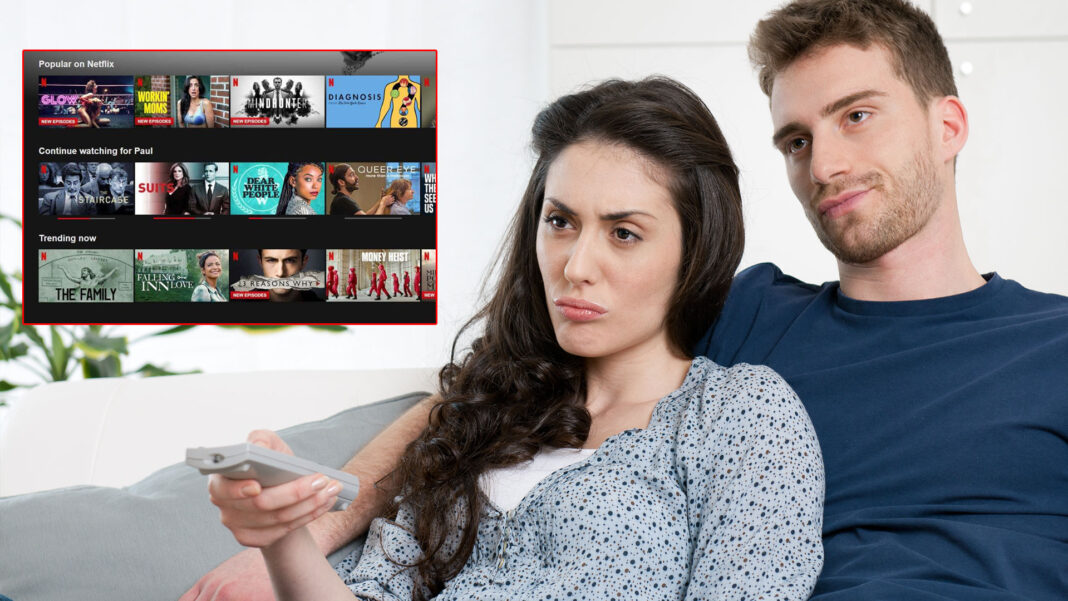 After a stressful week of work and social commitments they tried – but failed – to avoid, Sunday night can’t come soon enough for Gaby and Victor Venti.

The Bondi Junction couple of 18 months have locked in a ‘Netflix and Chill’ session this evening to relax and unwind.

However they’re not finding their time together as relaxing as expected.

They cant agree on what to watch on Netflix and have been flicking through all the options for the last two hours.

“For fucks sake,” said the Victor Venti. “We could have watched an entire movie by now.”

“No chance, I cant do period pieces,” replied her boyfriend. “Anything set before 2015 just seems way too out of date. What about a documentary or something?”

“No, I want to watch something that doesn’t involve my brain,” she replied. “Oh and nothing sports related.”

DBT understands the frustrated couple are still assessing their options, but patience is fast running out.