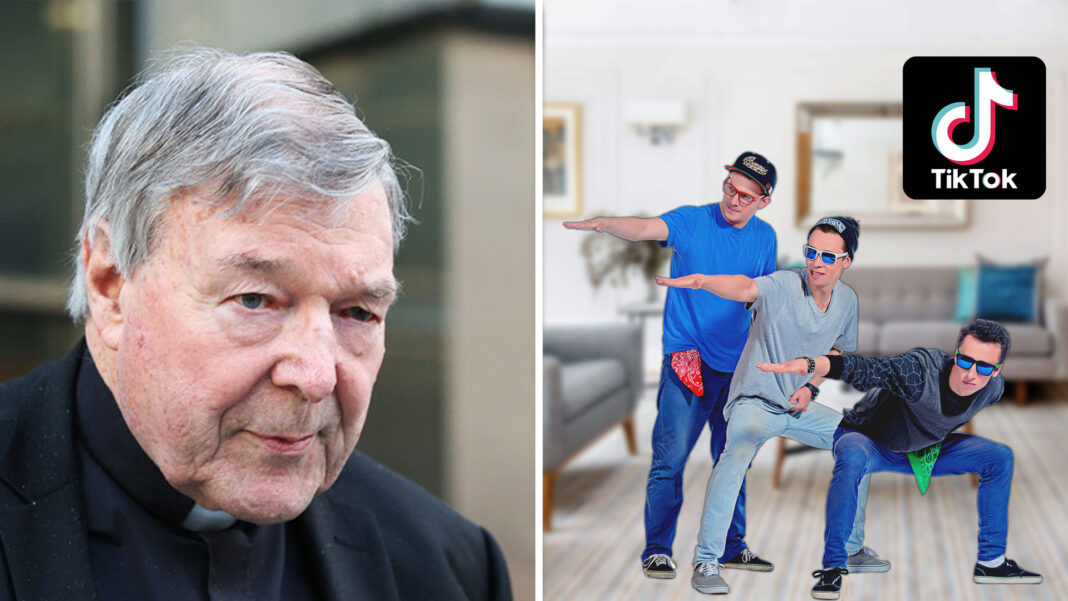 “I think it amounts to censorship,” says Pell. “Donald Trump should keep his hands off TikTok. I think it’s a great app and I really enjoy the content.”

But its Chinese owners are being pressured by the US President to sell the app to U.S owned Microsoft – or risk being banned due to national security concerns.

“There are no real security concerns about videos of young children dancing and singing,” says Pell. “It’s completely harmless fun.”

George Pell – who was acquitted of child sexual abuse and released from prison in April – says he spends several hours each day on TikTok.

“Obviously I’m not spending much time in the Church these days, so I rely on TikTok to continue to feel connected to young people.”