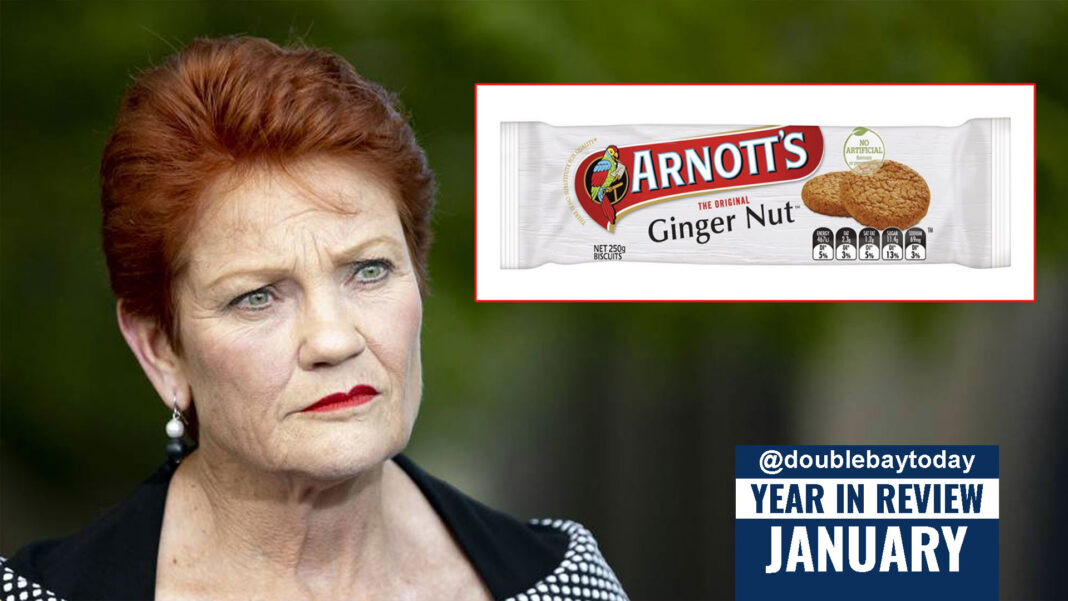 DBT YEAR IN REVIEW: One Nation Leader Pauline Hanson is using the parliamentary recess to shine a light on what she calls ‘blatant discrimination.”

“It’s a travesty that Coon Cheese is forced into a rebrand, yet Arnott’s Ginger Nut biscuits are allowed to continue trading under their existing name,” she says.

“These biscuits are an attack on people with red hair.”

Ms Hanson says she regularly feels a victim of discrimination in Australia for having red hair, something made worse by Ginger Nut biscuits.

“The brand name of these biscuits is basically a hate crime,” she says.

The American private equity firm which owns Arnott’s is yet to respond to her calls for a rebrand.

“I’d like to try one of these biscuits one day, but I will never do so with the existing name,” she says. “It’s unAustralian, I don’t care if they have ginger in them or not.”

“Just call them Yummy Snaps or something.”

Woman Pretends To Have Pilates Before Date, Purely So She Can Wear Skin-Tight Lycra