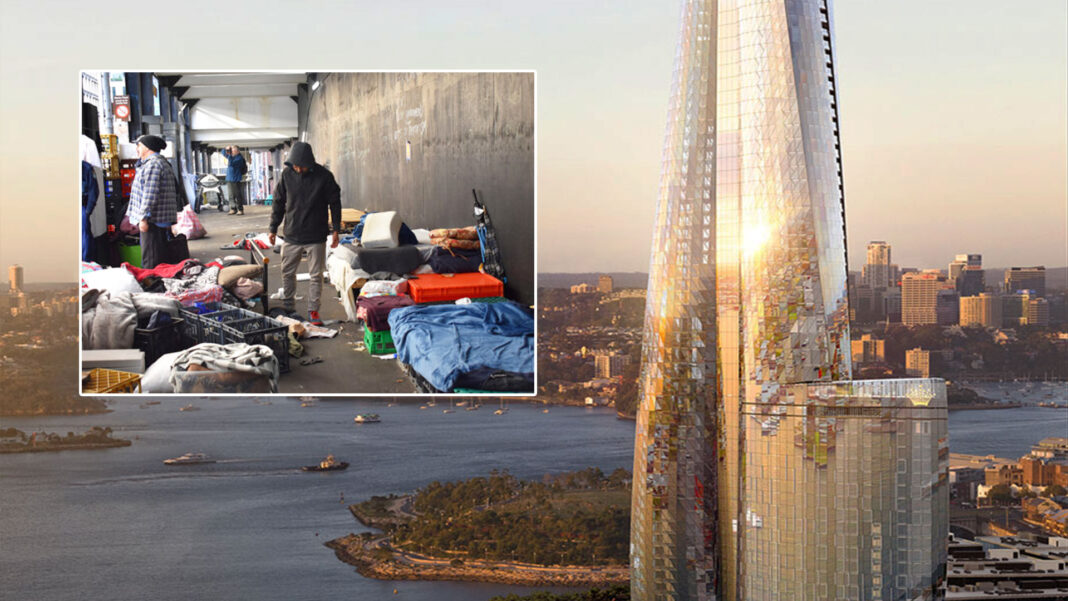 It was built to be Sydney’s newest luxury playground for the rich and famous, but it will ended up as accomodation for those most in need.

Today the state government has announced the James Packer backed $2.2 billion Crown Towers development – also known as One Barangaroo – will be used as public housing.

“It’s not exactly what we had in mind to be honest,” says NSW Premier Gladys Berejiklian. “We’ll be losing billions in gaming tax revenue, but we’ve been left with little choice.”

It comes after a probe into Crown Resorts recommended the gaming giant have its Sydney casino licence revoked amid damning allegations of bad corporate behaviour.

It’s forced Crown to abandon its plans for the 75 story building, selling it to the state government.

“It’s effectively now a white elephant,” admits the NSW Premier. “But at least the thousands of homeless people in Sydney have been given somewhere to safe to sleep.”

The luxury accomodation with harbour views will be open to Sydney’s homeless from Monday next week.