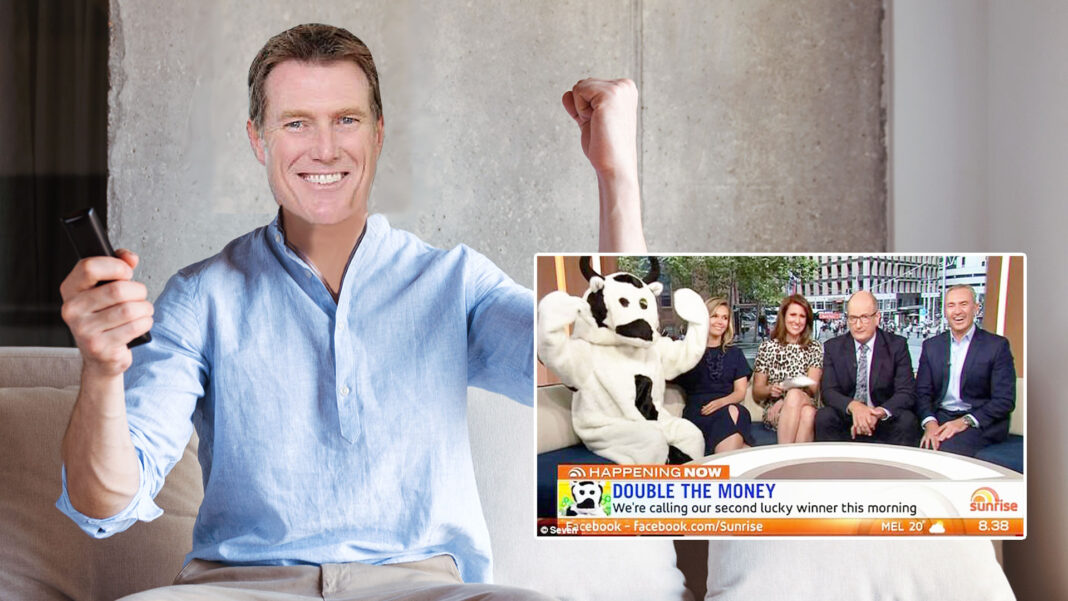 The federal industry and science minister Christian Porter has just been announced as the Sunrise Cash Cow winner for Thursday, netting a $40,000 jackpot.

Mr Porter was reportedly at home this morning watching Sunrise when he answered his phone within three rings to claim the cash prize.

“I’ve had a few big windfalls lately,” he says. “First the blind trust funding my defamation case, and now this.”

After Porter switched portfolios from attorney general to industry minister earlier this year, he says he’s had more time to watch morning television.

“I like Sunrise in the morning. And a big thanks to the Seven Network for awarding me the $40,000 jackpot! Much more generous than the ABC!”

“It might be the same person who contributed $1 million to my defamation case against the ABC, but honestly I have no idea who it is,” he says.