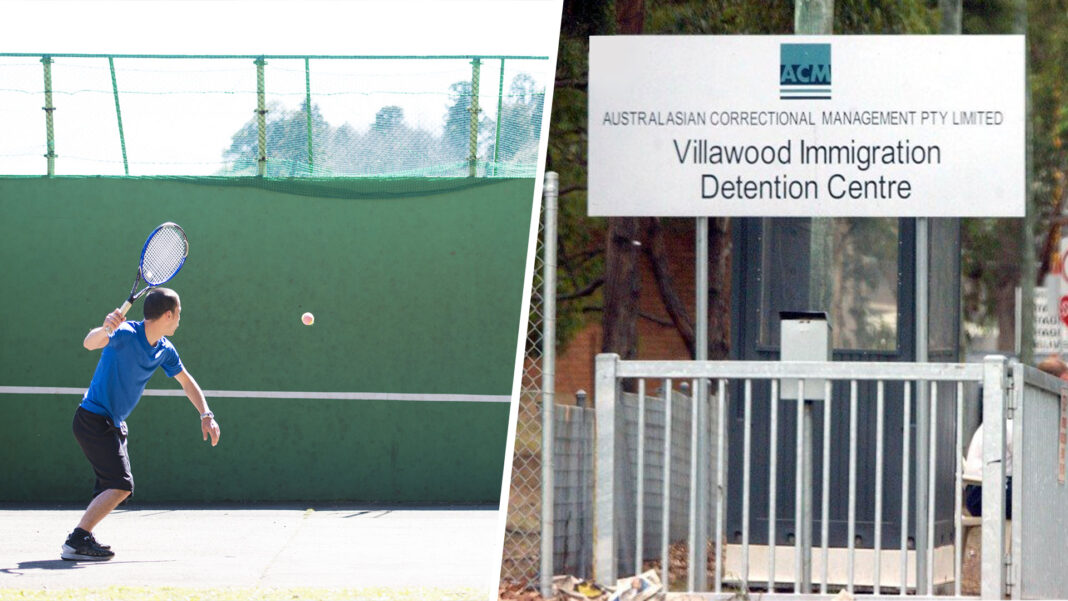 LONG SHOT: Afghan asylum seeker Karima Zahir has been locked up in immigration detention for three years waiting for his asylum claim to be processed.

But the 31 year old says he’s finally seen a potential way out.

“It’s a long shot, but maybe if I work on my tennis game I could turn professional and then be freed from detention,” he told DBT.

It follows the world no. 1 player Novak Djokovic being released from immigration detention last night to play in the Australian Open.

“I’ve actually got a pretty shitty backhand,” admits Zahir. “But in all honesty, this is my best chance of getting out of here.”

The father of two, who remains separated from his family in Afghanistan, has begun hitting tennis balls against the wall at the Villawood Detention centre where he’s being held.

“Maybe if I get good enough they’ll let me take lessons or something,” he says. “I think I could become at least as good as Todd Woodbridge or someone like that.”