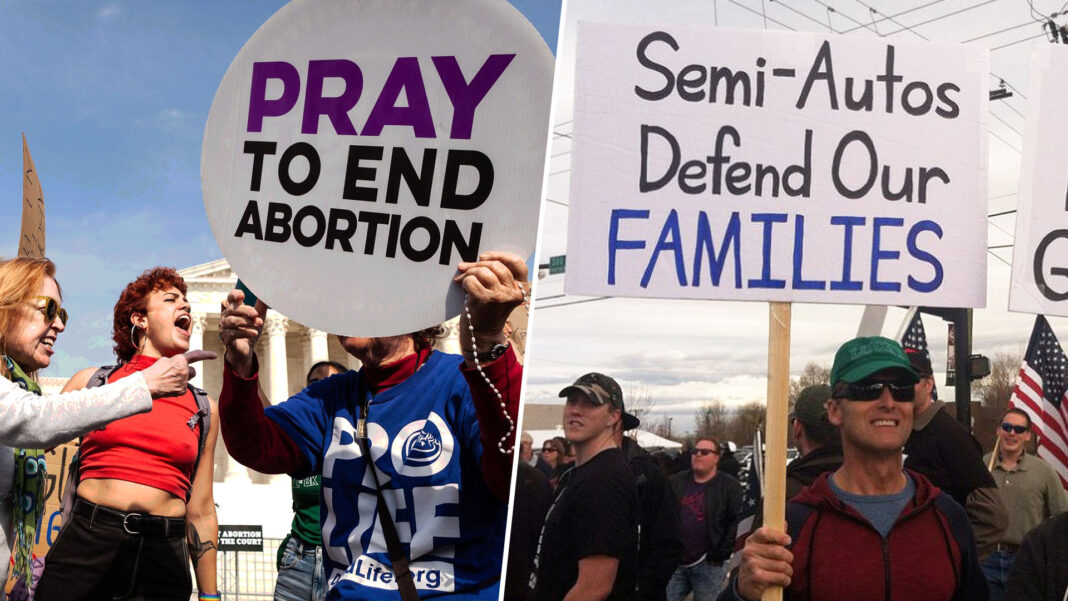 FULL STORY: Almost half of all US states are set to either ban or severely restrict abortion in the US, after the supreme court overturned the national right to terminations.

“It’s important to protect the rights of unborn Americans,” says the US Supreme court. “At least until they make it into high school.”

The ban on what is a safe medical procedure comes despite around 5000 children and teens being killed or injured by gun violence every year.

US civilians own more than 400 million guns because lawmakers refuse to infringe on the right of their citizens to bear arms.

“While in the womb, humans don’t have the ability to speak for themselves,” says the Supreme court.

“But if they get shot dead in high school at least they’ve been alive for a few years.”