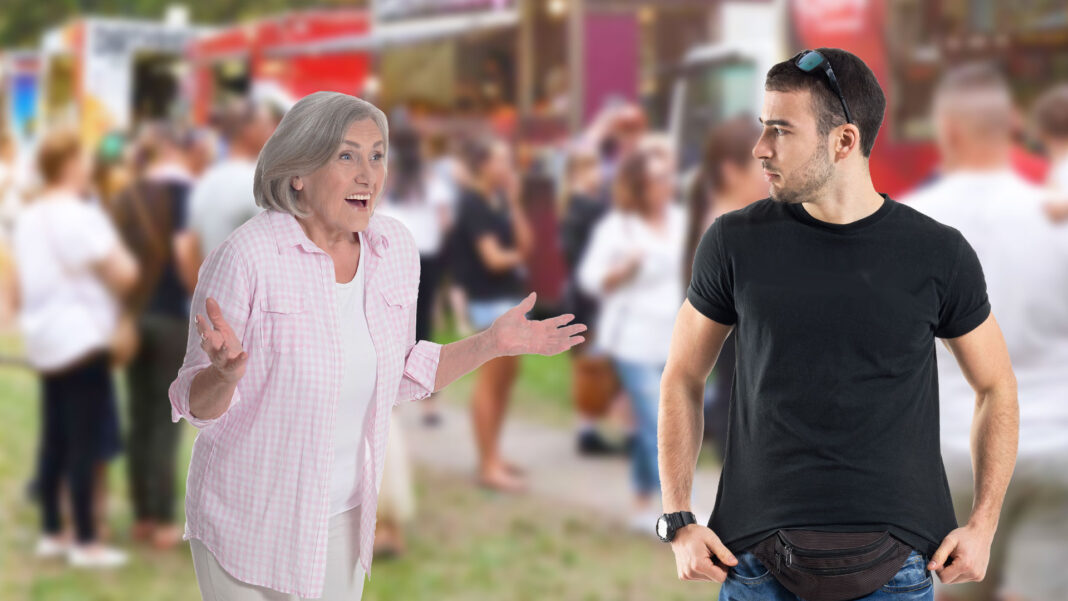 Sydney-siders are being advised to avoid an elderly woman who is allegedly walking around trying to engage strangers in conversation about the heat.

“The woman is described as friendly, with grey hair and probably around 65 years old,” says Inspector Lyle Cummings from NSW Police.

Witnesses say she’s approaching people and saying, ‘hot enough for you today,’ and then laughing slightly.

“Yes, it’s hot, everyone knows that!” one man told DBT. “It’s such a generic and dull way of trying to strike up conversation.”

“Maybe she could try something a tiny bit more original, or just stay quiet”

Police say the woman may be lonely or bored, and was last seen in the Bondi area.

“We have reports that she was attempting to do the same thing yesterday,” says Inspector Lyle Cummings.

“Some witnesses say that when she finds people willing to talk to her about the weather, she then also tries to talk about Covid.”