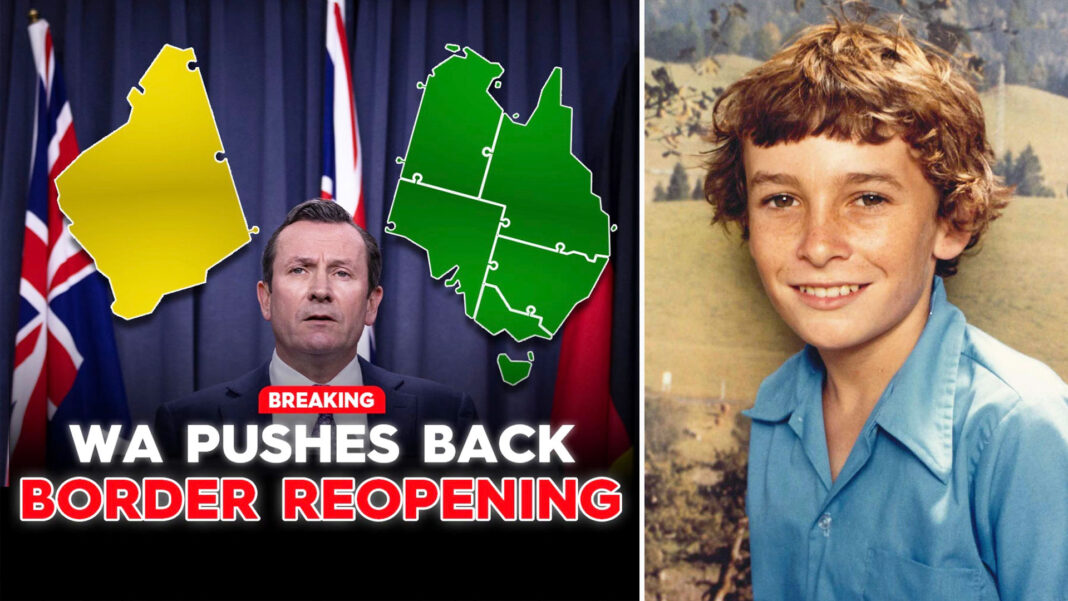 FULL STORY: An emotional Western Australia Premier has shared some poignant insights from his childhood, as he fronted the media today.

Mark McGowan has revealed he was the victim of schoolyard bullying back in the 1980’s.

“Life wasn’t easy for me growing up,” he says. “I was bullied for being small, having a scruffy haircut and just generally being very annoying.”

The Premier has also admitted his treatment at school is having a direct impact on his current leadership style.

“To everyone who bullied me at school, well guess what? Now it’s payback time!” he told a press conference today. “This is MY time.”

The state was due to re-open on February 5, but last night McGowan announced W.A’s hard border will remain in place, making it the only state with border closures.