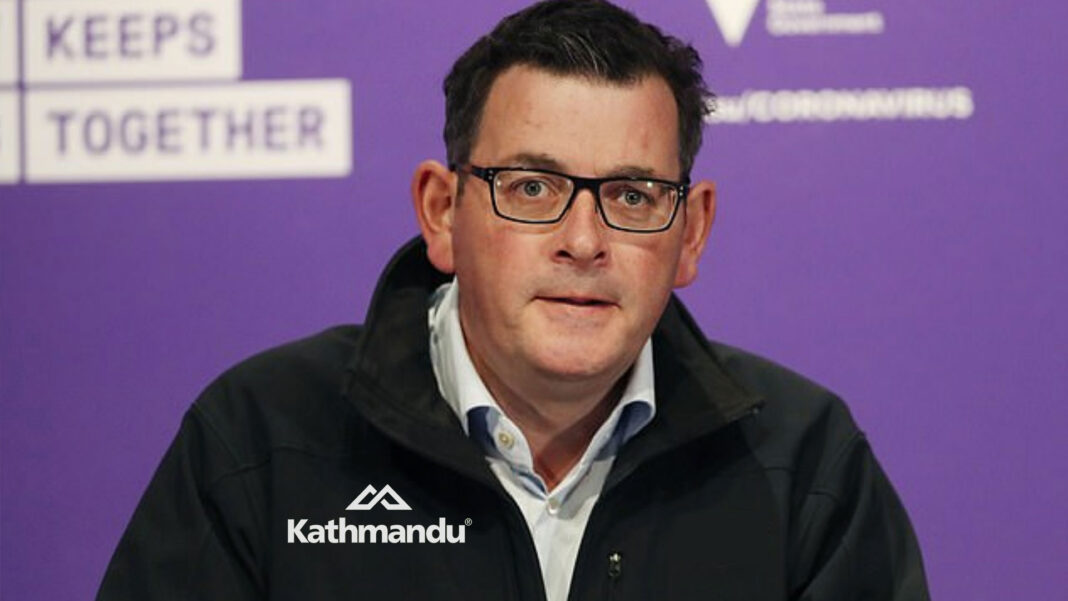 As Victoria ends its second day of a planned 5-day lockdown, the state’s Premier has announced a new sponsorship deal.

“Kathmandu is a well-known outdoor and camping equipment retail brand,” says Daniel Andrews. “I’m excited to have their support during these difficult times.”

The terms and value of the sponsorship deal have not been made public.

Analysts say Kathmandu would have paid a hefty price to have the Premier wear the brand during his regular Coronavirus press conferences.

“The screen-time value is immense,” says branding expert Earl Longstaff. “Millions of eyes are focused on the Premier as he attempts to find a way out of this pandemic.”

Daniel Andrews says his previous partnership with rival US brand The North Face has now officially come to an end.

“I was hoping that constantly wearing the North Face jackets would help me seem like a man of action, but opinion polls suggest otherwise,” he says.

“That’s why I’ve taken things in a new direction.”