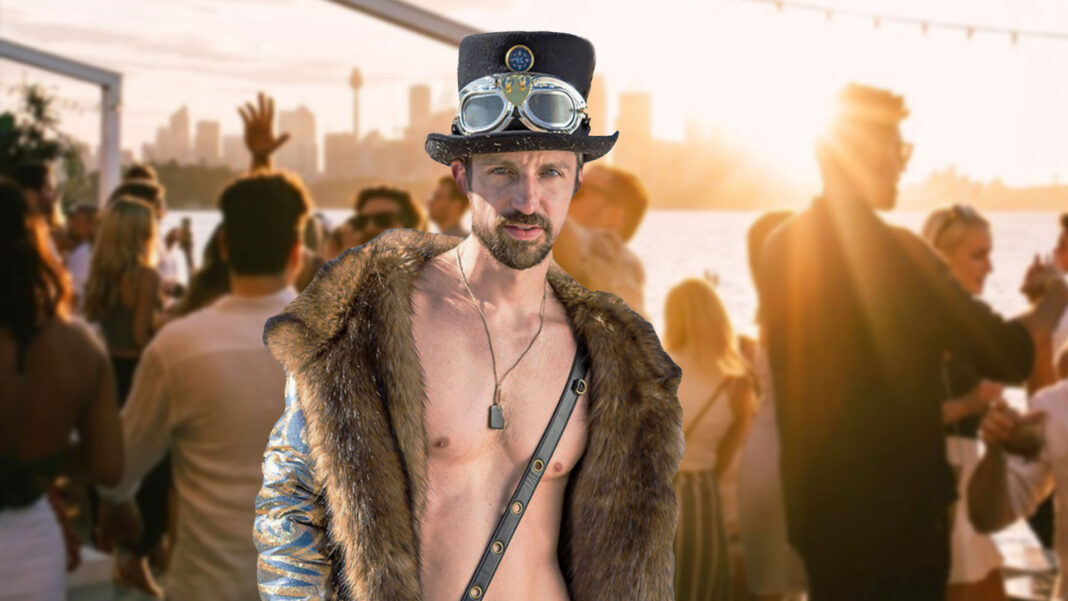 BURNER: A local man who recently returned from Burning Man appears to be having trouble adjusting to life at one of Sydney’s premier party spots.

Mark Harris, of Bondi Junction, admits to telling multiple people on The Island yesterday that he was bored, even though it was pumping.

“Returning to the default world after Burning Man can be difficult at times. I think maybe I just need some time to decompress.”

The 31 year old got back from the 9 day arts event in the Nevada desert four weeks ago.

“Partying like this on a floating beach club is OK I guess, but to be honest I’m just killing time before Burning Man next year.”