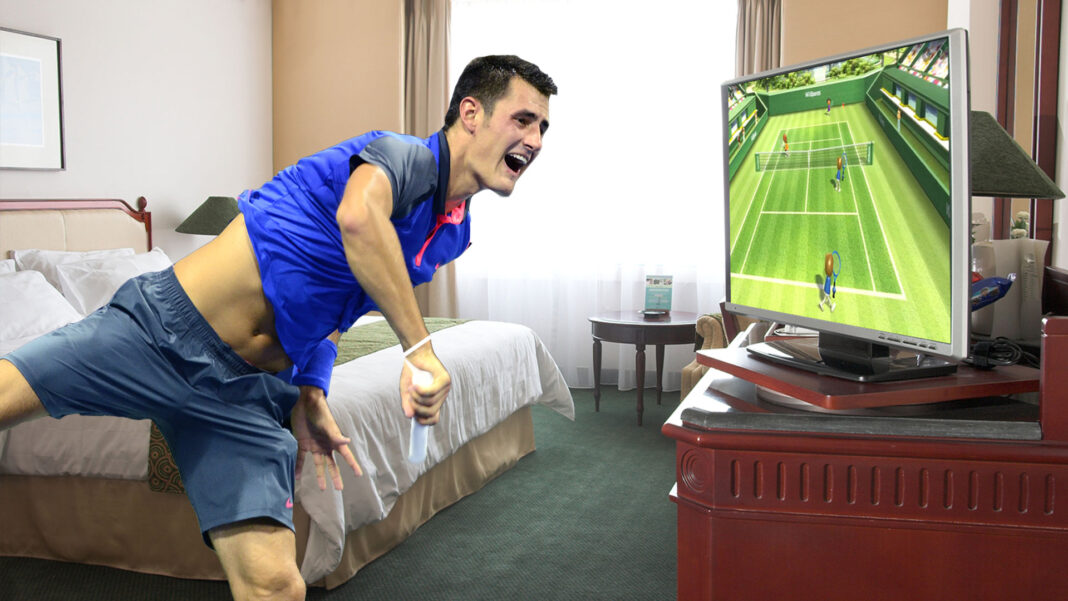 Aussie tennis ace Bernard Tomic says his Australian Open training schedule is ‘almost back on track’ after being given a Nintendo console with Wii Tennis on it.

“Officials from Tennis Australia gave me the console early this morning and I’ve already clocked up 5 hours match time,” says the 28 year old.

Earlier he gave Tennis Australia a big serve, criticising them for strict hotel quarantine conditions, which prevents him from leaving the room, even for important training.

“I had a big match against Novak Djokovic today. Some of the refereeing calls were pretty average, but I still managed to beat him 6-2, 6-4, 6-3.”

Tomic is among 72 players currently in hard quarantine after multiple flights to Melbourne carried people who have since tested positive for covid-19.

He’s locked up with his girlfriend, with another 10 days left of quarantine.

“I’ve actually never played Nintendo before today,” he says. “But I quite like it, at least I don’t have to talk to anyone or give signatures or any of that bullshit.”