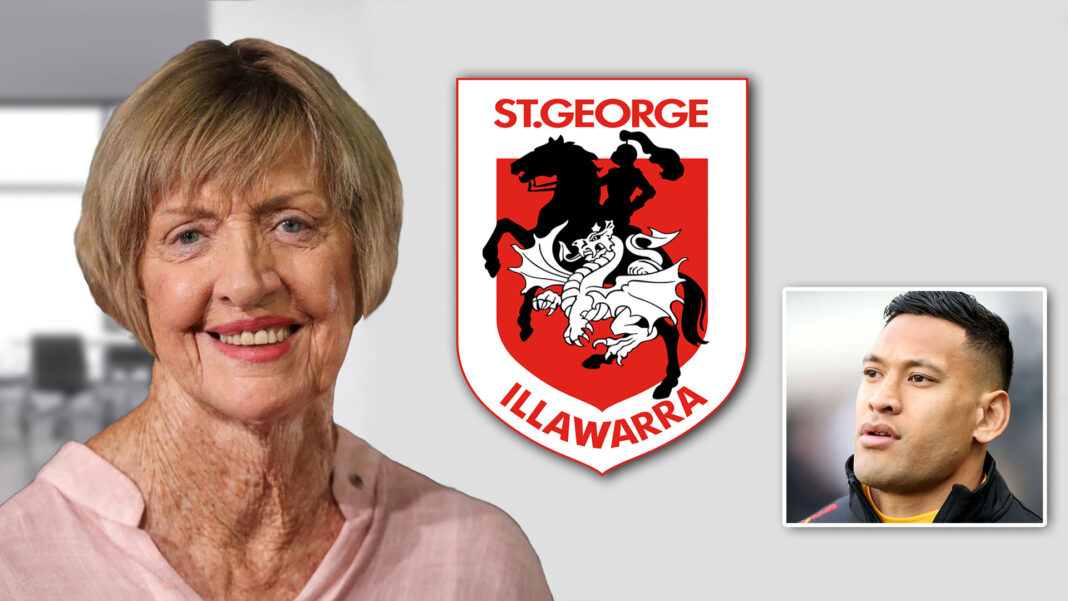 The 78 year old Pentecostal Christian has courted controversy after being awarded a Companion to the Order of Australia, despite her fierce opposition to same sex marriage.

It’s understood she’s the driving force behind the Dragons move to sign star player Israel Folau, who was sacked by the ARU for making homophobic comments on social media.

“We strongly believe it’s ok for him to think badly of gay people, just as long as he doesn’t say anything about it publicly.”

Folau’s post saying “hell awaits” gay people that led to his termination by the ARU remains on his Instagram page.

St George Illawarra are currently talking to NRL powerbrokers about the prospect of signing the 31-year-old to play as early as round one on March 14.