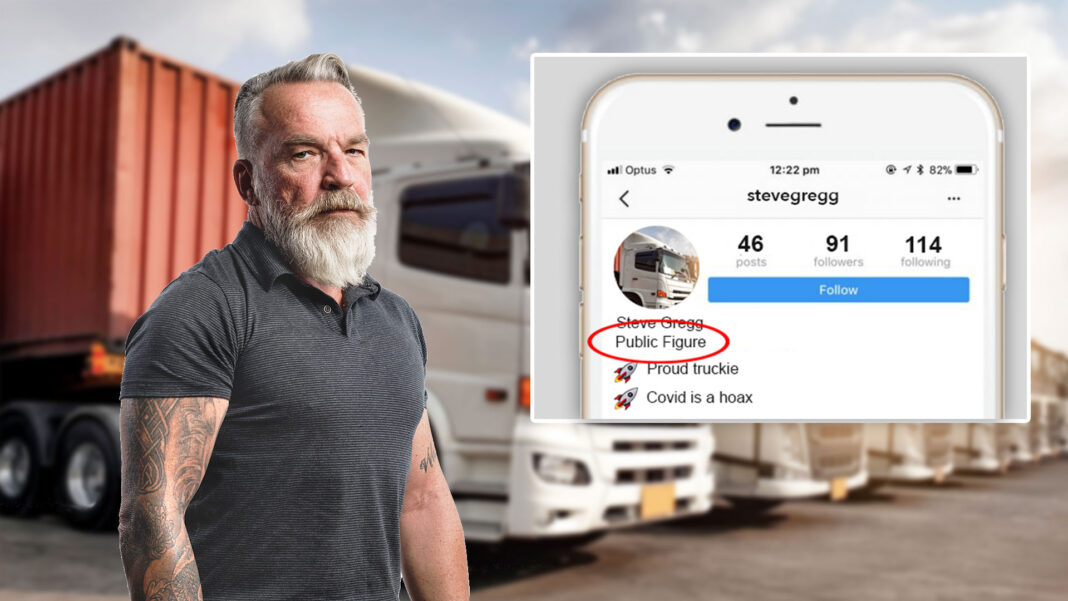 A Sydney truck driver is taking the next brave step in his career.

Steve Gregg has updated his Instagram bio to ‘Public Figure’ after posting a rant to Instagram, detailing his opposition to lockdowns and mandatory vaccinations.

“My video got 34 likes!” he told DBT. “It’s the first time I’ve hit double figures. I think there’s demand for me out there.”

In his video, the 59 year old threatened that truckies will “shut down the entire country,” by refusing to do their jobs transporting goods around Australia.

“We run this country, everyone knows that,” he said. “The government needs to end the lockdown now, and stop forcing people to get the jab.”

Truck drivers have already blocked a major southeast Queensland highway, with a planned national protest over “the coming days.”

“I might start up a TikTok account too,” says Steve Gregg. “I’m already an influencer, and the next stop for me politics.”

I know so much about our wide brown land because I’ve seen it all first hand.”