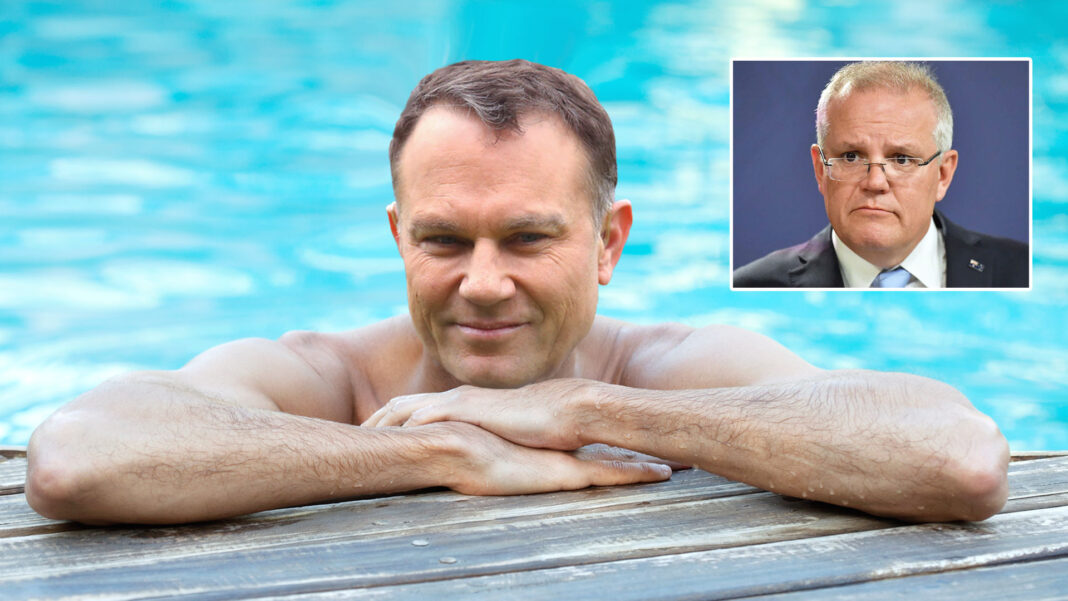 Former Australian cricketer Michael Slater has been left stranded overseas after Australia announced a ban on all travel from the Maldives, where Slater is currently located.

“Banning travel from overseas is a tough, but important measure,” says Scott Morrison. “We need to do everything we can to keep Michael Slater out of Australia.”

Slater – who has been working as a commentator in the Indian Premier League – escaped to the Maldives after Australia announced a Covid travel ban from India last week.

The 51-year-old has been lashing out at Scott Morrison, saying the India ban is a “disgrace.”

But Slater now also faces the prospect of a long wait in the Maldives.

“At this stage we don’t know how long the Maldives travel ban will last,” says Scott Morrison. “But it may be for a long time. Slater needs some time to get over himself.”

The Maldives tourism board has written to the Australian government, asking for a review on the ban.

DBT tried to contact Michael Slater for comment, but it’s understood he hasn’t checked his phone in a few hours because he’s been swimming in his luxury resort pool.