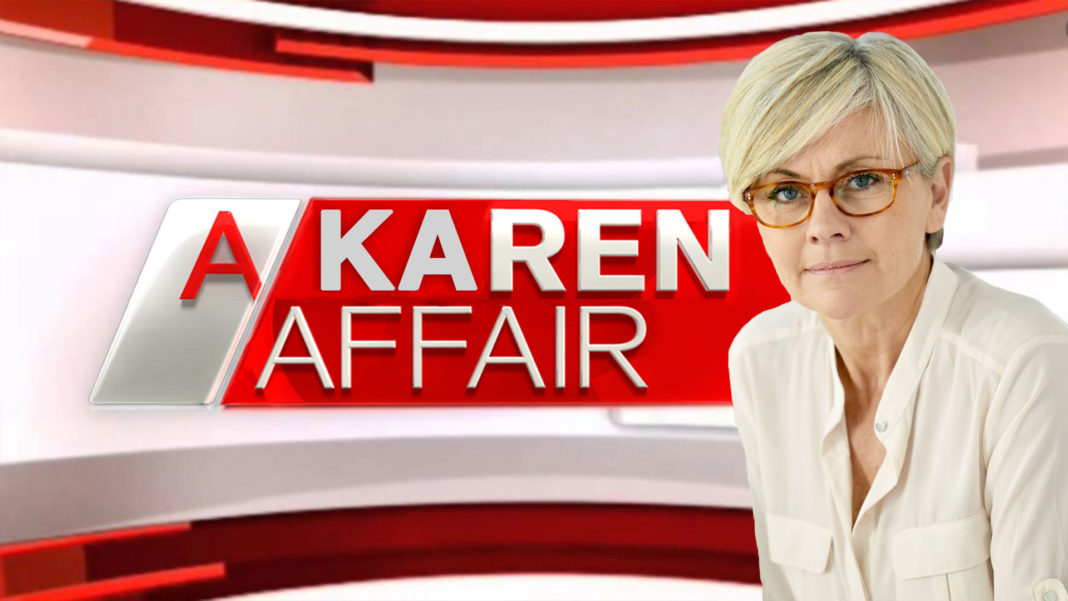 From next week, ACA will be known as AKA, or ‘A Karen Affair.’

“Thanks to popular memes, these women have become known as ‘Karen,’ and that’s who we ‘re targeting.”

The only casualty is the show’s long-time host Tracey Grimshaw. She’s being replaced by local discount coupon enthusiast Karen O’Neill.

“Even though Tracey is idolised by all Karens, we really wanted an actual Karen to front the new show,” says Darren Rick.

The show’s editorial direction is expected to focus solely on the issues affecting white, Volvo driving women, aged 40 – 60 who live in three bedroom homes in the suburbs.

“We think of them as the kind of people who have ‘live, laugh, love’ wooden plaques in their living rooms,” says Darren Rick. “It’s a growing market and we want to lock it down.”

The first episode of ‘A Karen Affair’ is scheduled for next Wednesday.