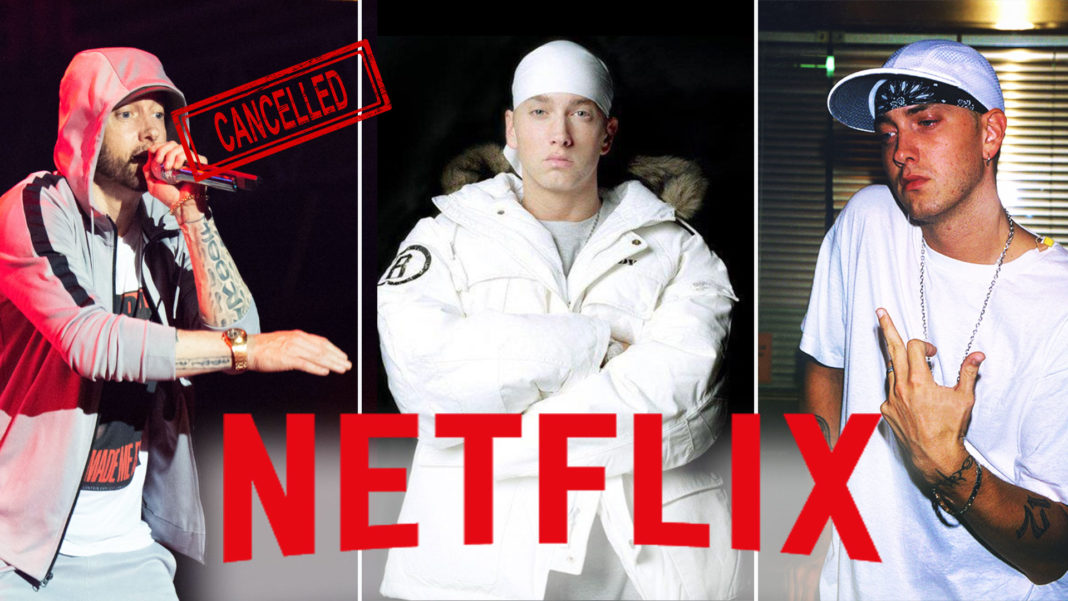 Eminem is well-known for adopting a performance style more common with black rappers, and for popularising hip hop to middle America.

He appears widely on Netflix in music videos, concerts and two documentaries; ‘LA Originals’ and ‘The Defiant Ones.’

“All this content has now been removed from our platform,” says Howard Riner. “We are sorry for any offence it may have caused.”

Netflix’s this week also pulled the plug on several shows produced by Australian comedian Chris Lilley, amid claims they are also racist.

It comes as the death of unarmed black man George Floyd at the hands of police, sparks a fierce debate about racism in the USA and here in Australia.

“In today’s climate, dressing and acting like a black man, like Eminem does, is unacceptable behaviour,” says Netflix.