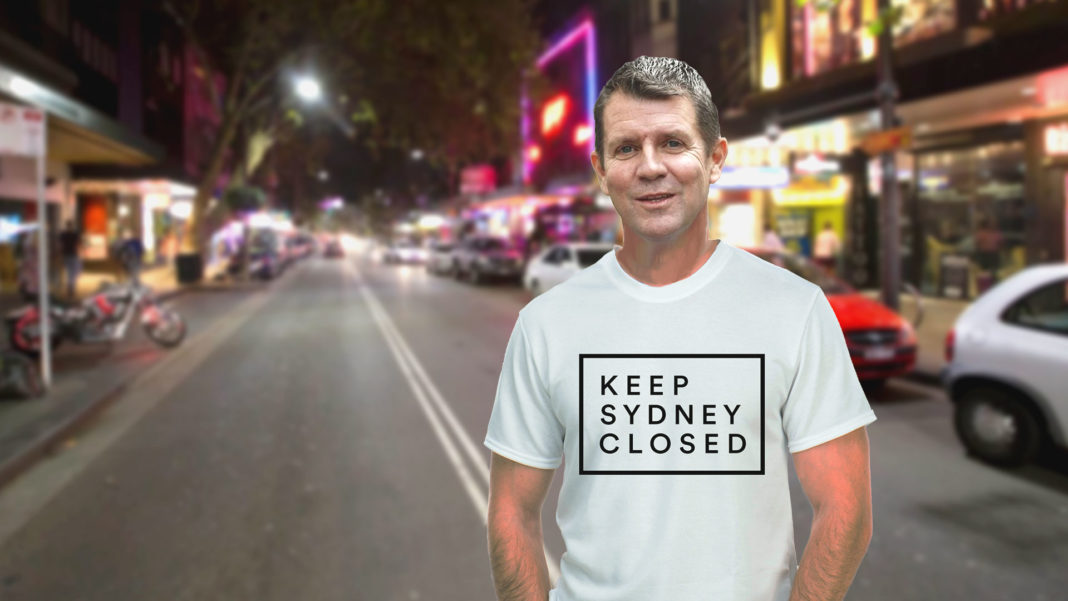 Less than a month after leaving his job in banking, the former New South Wales premier has announced a move back into politics, and the launch of a new political party.

“This may also have the knock on effect of reducing alcohol fuelled violence.”

“It’s because they’re used to it. We laid the groundwork and now they’re prepared.”

Baird says his proposal for permanent Sydney lockouts would include all bars, clubs, shopping centres and other non-essential services in Sydney’s entertainment precinct.

However one venue would be exempt.

“We’d be keeping Star Casino open,” he says. “People need at least one place to go and unwind, and if they don’t mind taking health risks, they probably like gambling also.”

“First he took away our nightlife, and now he’s stolen our logo.”