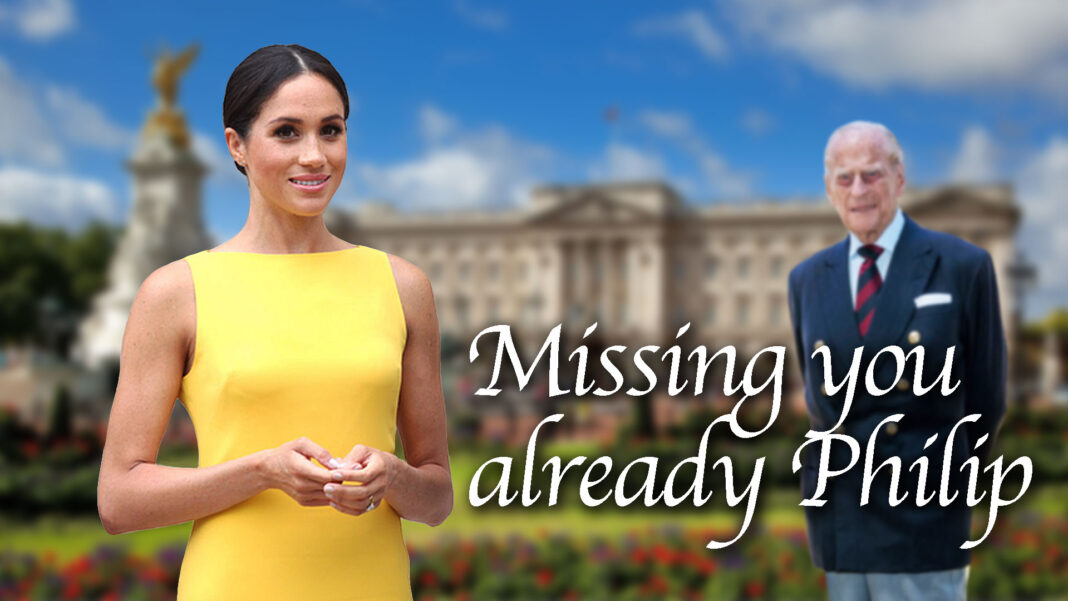 Meghan Markle is being accused of hijacking her own photo tribute to Prince Philip after his death yesterday.

“Look how prominent she is in the photo, and you can barely see him,” says Royal Commentator Simon Wadsworth. “Isn’t it meant to be a tribute to him?!”

In the photo Ms Markle posted to Instagram, Prince Philip is seen in the background, out of focus, and barely visible underneath the words: ‘Missing you already Philip.’

“But have a look at her will you?!” says Simon Wadsworth.

“She’s posing in a bright canary yellow frock, taking up most of the photo and not even looking sad. This is just another shallow attempt at her shameless self-promotion.”

Meghan Markle and Prince Harry are not expected to attend Prince Philip’s funeral.

However DBT understands that Ms Markle is currently negotiating with Oprah Winfrey to do another interview revealing some dark secrets about Prince Philip, now that he’s passed.