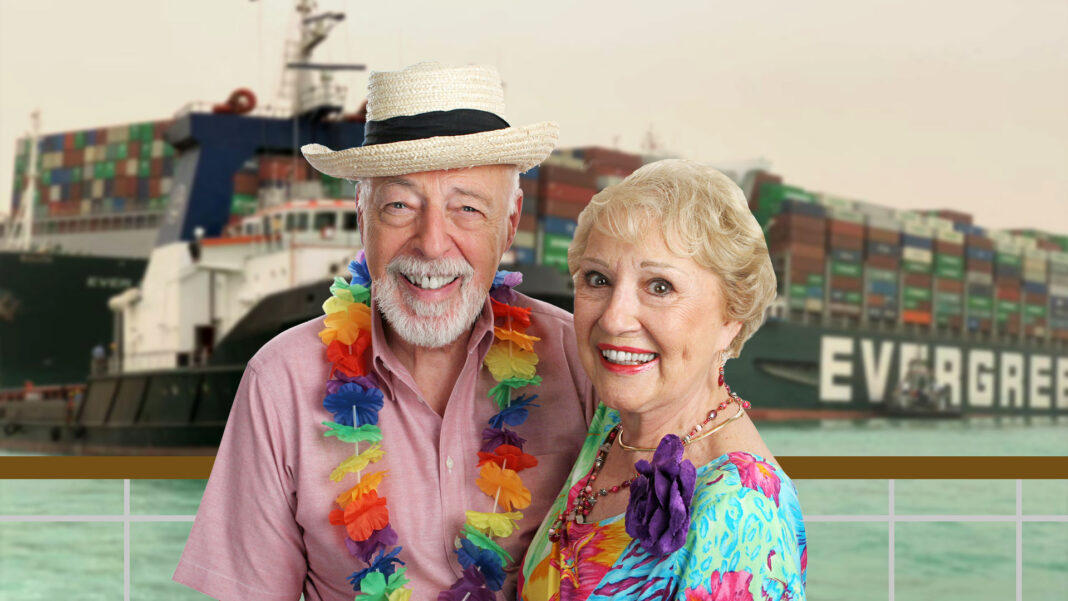 A retired Sydney couple who say they’re sick and tired of the constant Sydney traffic have taken drastic steps to escape the rat race.

“We knew about the canal being blocked by the cargo ship before we decided to come here,” says Barry Hoxton.

“But we’re not worried about it at all. Sometimes it’s nice just to stop in one place and experience it for a while.”

The couple got their cruise package at a heavily discounted price, as the busy canal remains blocked, with hundreds of ships unable to move.

Their cruise is expected to last 9 days, but it could go for much longer if the canal isn’t cleared soon.

“It’s not a problem, there’s so much to do on board,” says Mr Hoxton. “At least we don’t have to worry about Sydney parking haha.”