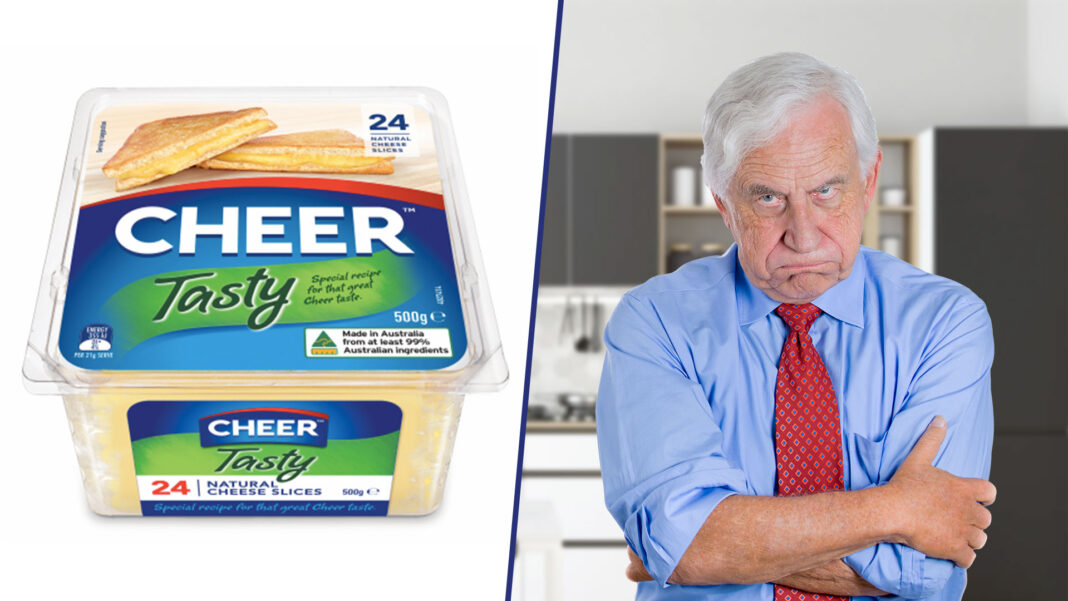 A local Anglo Saxon baby boomer is today expressing his disgust over the rebrand of a cheese he’s never eaten.

It remains unclear exactly how Harry McCormack could get so riled up about the name change, but he’s spent a large portion of today venting his anger on Facebook.

“I’m so sick of all you woke pathetic snowflakes,” he wrote in the comments section of a news.com.au story.

“Coon is the name of the bloke who founded the brand, so you can all go fuck yourselves.”

Coon cheese will be known as ‘Cheer’ from July, in response to growing criticism that the current name has racist connotations.

“Who cares if ‘Coon’ is a racist slur against black people? It’s also the name of a cheese product,” says Harry McCormack.

The 71 year old is now urging his Facebook friends to buy Bega cheese instead.

“Personally I’m lactose intolerant, so I don’t eat cheese, but that’s not the point.”

“We should all rebel against the company which owns Coon Cheese. They are a pack of communist bastards.”