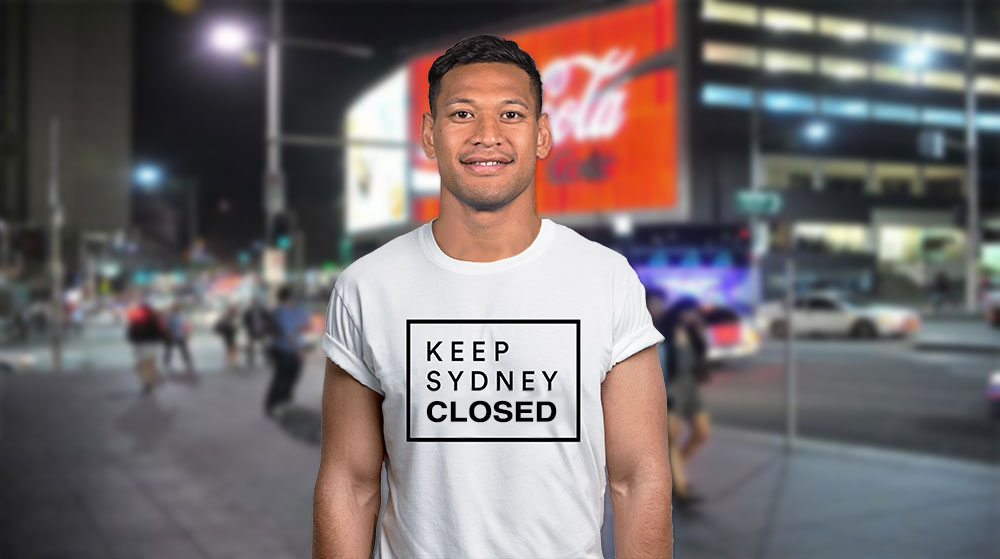 Sacked Wallabies star Israel Folau has announced the next phase of his career.

“I’m officially finished with rugby,” he told Double Bay Today. “I’m now fully dedicated to fight for what I believe in.”

The staunch Christian is already in a legal battle with Rugby Australia after being sacked for social media posts critical of gays and drunks.

“Sydney’s lock out laws need to remain and all gay venues must be shut down,” he says. “The amount of gay, drunken frivolities happening in Sydney is out of control.”

Folau says he also wants to see an end to Sydney’s Gay and Lesbian Mardi Gras.

Folau denies any suggestion the money raised from his GoFundMe page is being used toward his political party.

He’s registered the party with the Australian Electoral Commission, and is calling for members.

“Soon enough I hope to get some representation in parliament,” he says.