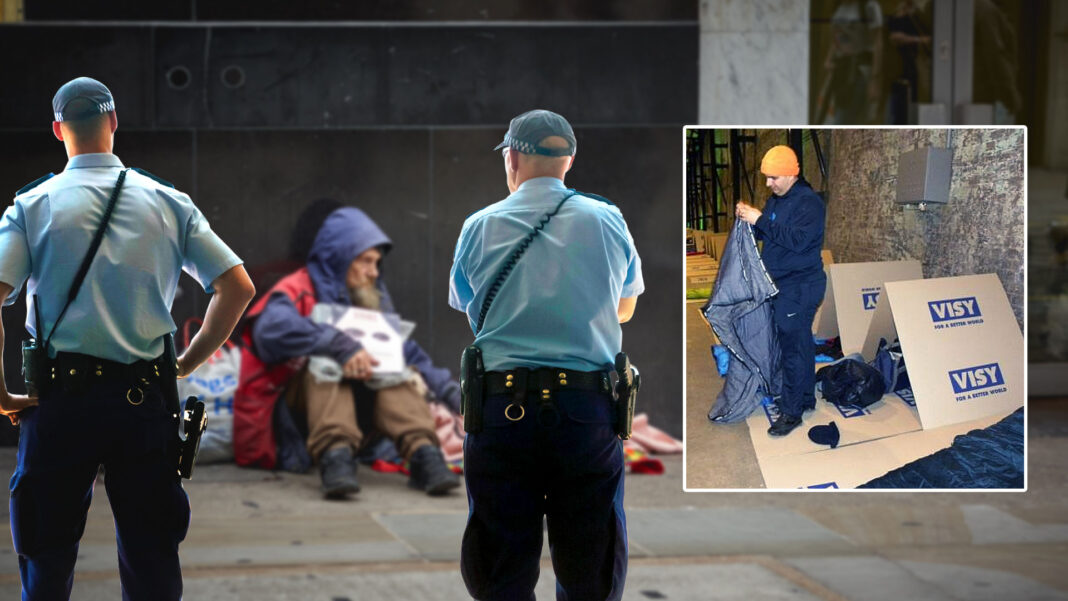 The CEO Sleepout is an an annual event where Chief Executives sleep rough for a night to raise money for homelessness.

But homeless people in the area were instructed to pack their belongings and relocate to other areas around Sydney.

“In the interests of CEO safety, we asked them to move at least two kilometres from where the CEO’s were sleeping last night,” says Senior Constable Ivan Lalic.

The controversial move was supported by event organisers.

“The CEO’s sleeping rough are supporting the fight against homelessness, but they shouldn’t have to sleep near any actual homeless people,” says the organiser.

Police say homeless people will be able to re-enter the area around the White Bay Cruise Terminal from midday today.