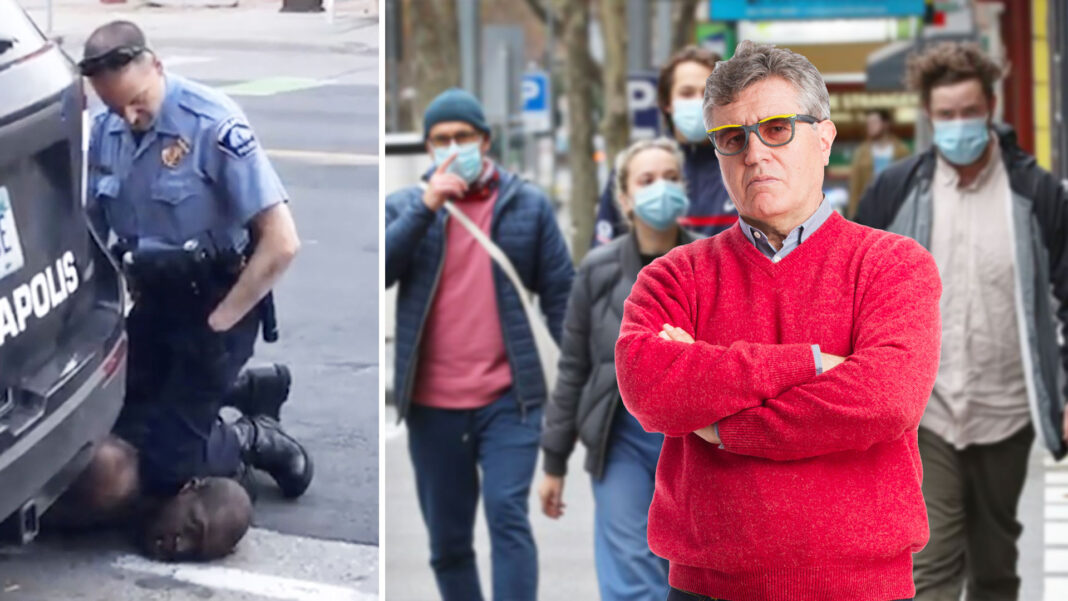 A Melbourne conspiracy theorist has been exposed as a complete and utter battler after sharing his contradictory views on mandatory face masks.

At the height of the Black Lives Matter protests in July, Anthony Secombe tried to argue that George Floyd “pretty much deserved to die.”

“Floyd was a career criminal and drug addict,” says Secombe. “It’s not the police’s fault if he refused to be a law abiding citizen.”

But Secombe’s views on George Floyd’s death appear to be at odds with his refusal to wear a face mask in the midst of a global pandemic.

“There’s no way I’m going to do something just because police tell me to do so,” says the  strident Andrew Bolt supporter.

“I haven’t worn a mask once and I haven’t caught anything.”

“Mandatory face masks are not about safety,” he told DBT. “It’s merely a government ploy to see who they can easily control. Fuck the police!”