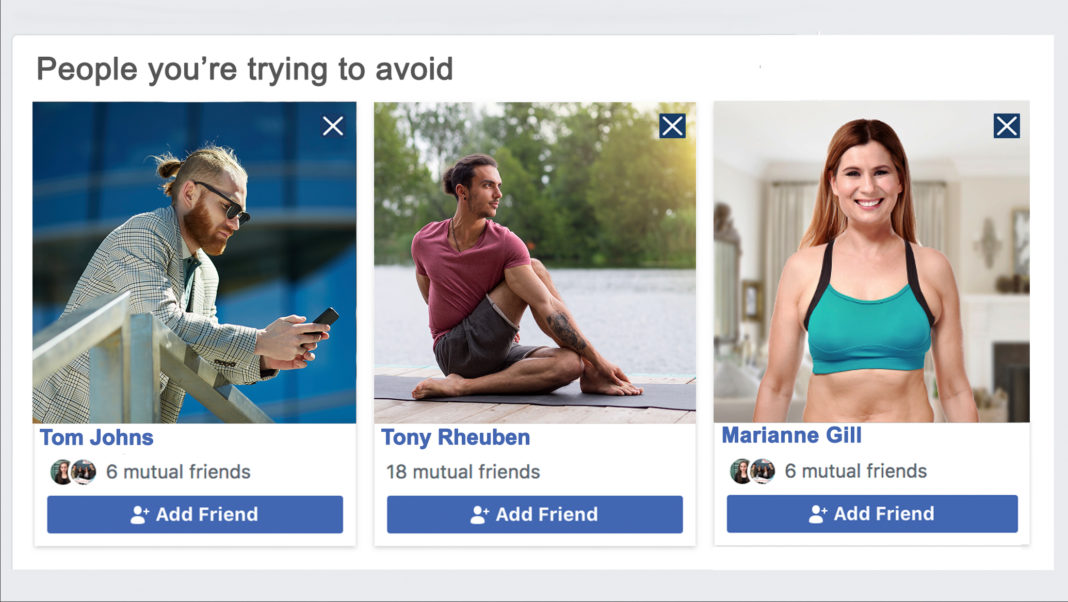 NO GO ZONE: Eagle-eyed social media users have noticed a small change to their Facebook interface.

Overnight Facebook has changed the name of its ‘People you may know’ section to ‘People you’re trying to avoid.’

The social media giant’s own research shows that 93% of users respond negatively to those appearing in the ‘People you may know’ section.

“It’s mostly people I went to school with who I used to hate, and probably still hate,” says Facebook user Jolene Hoyle.

“Or they’re random family friends that I’d definitely avoid if I saw them on the street.”

“There’s a reason we have so many mutual friends, but aren’t friends.”