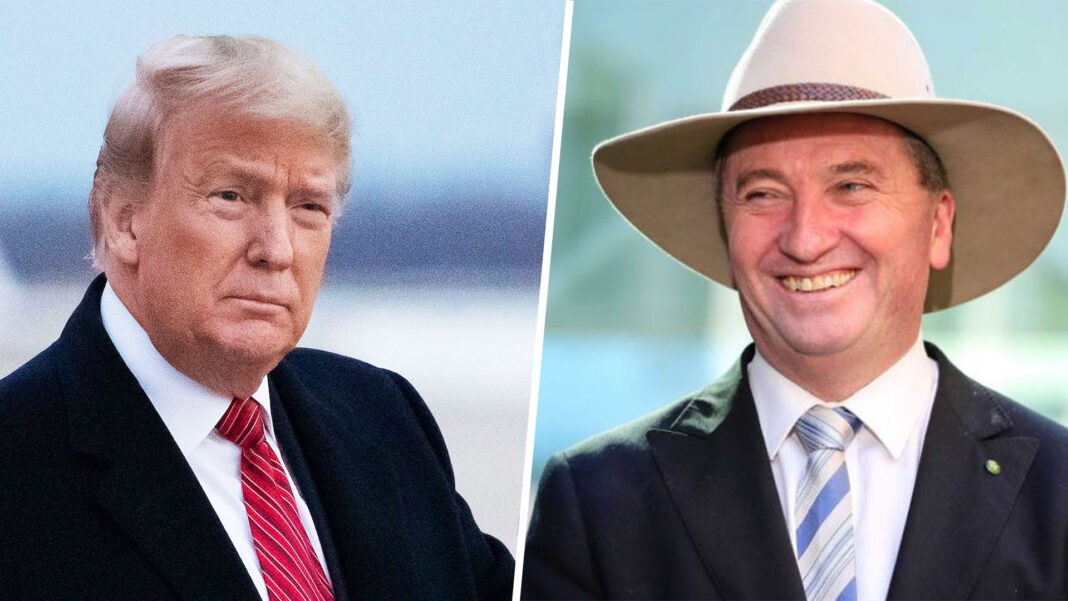 Former US President Donald Trump has announced a plan to revive his political career down under.

It comes after hearing that the basket case of Australian politics Barnaby Joyce has been re-elected as Deputy PM.

“You know what, maybe there’s room for a guy like me in Australian politics,” Trump told DBT. “Heck, I reckon I could probably be Prime Minister within three years.”

Trump says he will officially launch his tilt at Canberra under the campaign slogan ‘Let’s Make Australia Great Again.’

“I’ll still be able to use all my old ‘MAGA’ merchandise, so it makes good sense,” says Trump.

“In the meantime I’ll have to do a bit of reading up about Australia, but to be honest, If Barnaby can be Deputy PM, then I’m a shoe in for PM.”