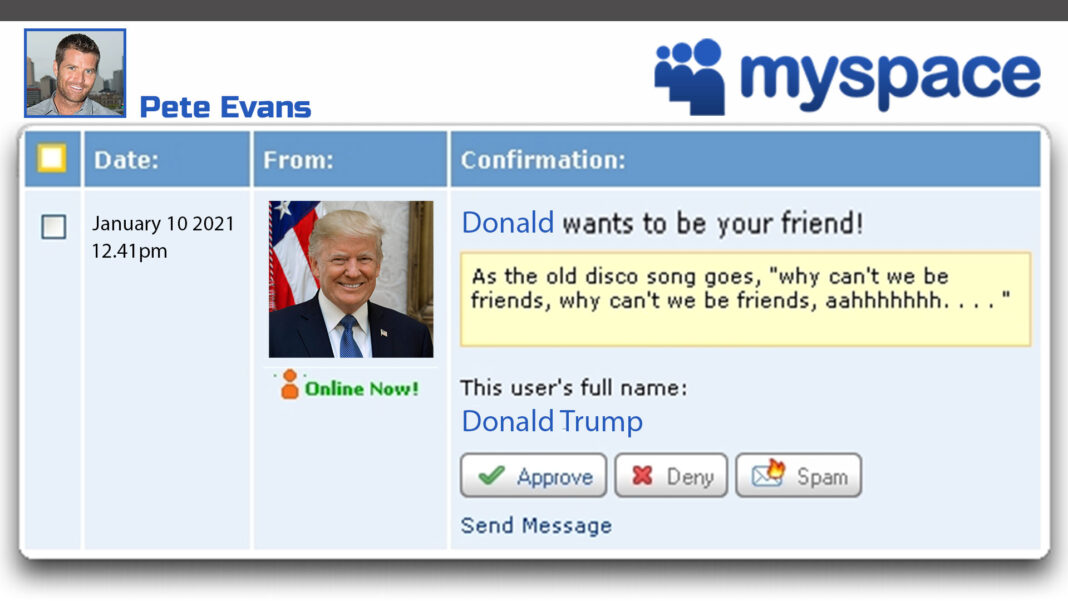 Former celebrity chef Pete Evans says he’s “overwhelmed and excited” after the outgoing US President added him as a friend on MySpace.

“Hi Pete, the world has gone mad huh? How’ve you been? I just thought I’d reach out and connect…”

They’ve been relegated to the social media platform MySpace, which was launched in 2003 and still active today.

“It’s so exciting. The US President literally just reached out to me on social media. This could be my big break.”