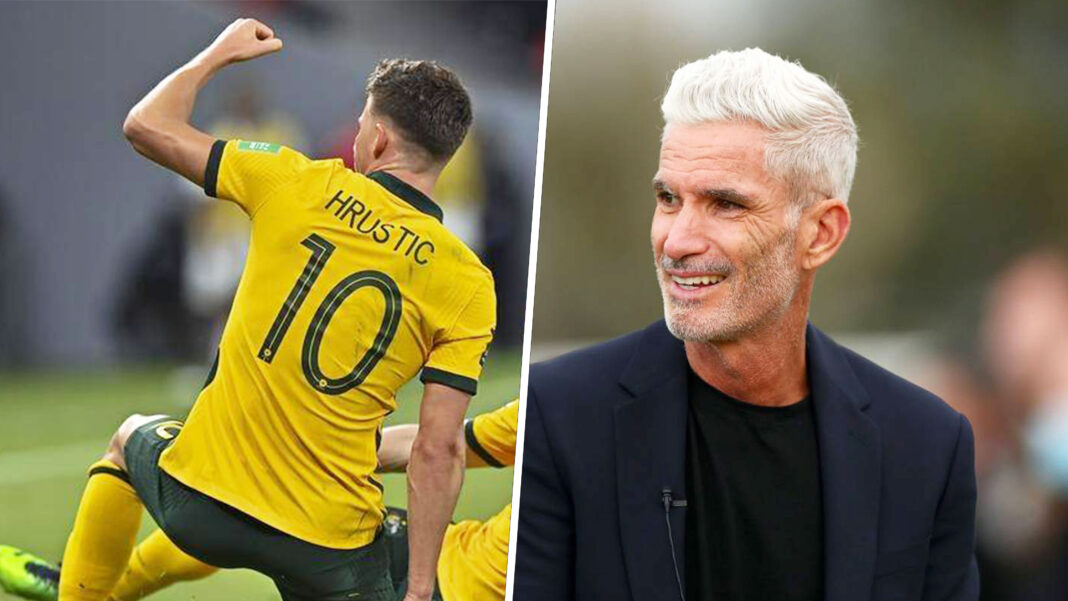 TONGUE TWISTER: SBS football commentators are well-known for their passion and pronunciation.

And, despite being of Anglo-Celtic descent, former Socceroo Craig Foster thrives on pronouncing even the most exotic and complex ethnic names.

“Among the Socceroos at this World Cup, I’ve got my eye on Garang Kuol and defender Milos Degenek,” says Foster.

“But honestly, I’m really hoping Ajdin Hrustic gets on the score sheet against Argentina.”

“I just love the way the ‘H’ blends into the ‘R'” says the former Socceroo.

Ajdin Hrustic was born in Australia, but carries the ethnic surname of his Bosnian father.

“If Hrustic scores a goal, I’m really going to roll the ‘R’ to give viewers that genuine Bosnian experience.”

Foster – who was also born in Australia – has embraced his own nickname ‘Fozzy’ in a desperate bid to sound ethnic himself.

“My nickname sounds a bit like Fonzie on Happy Days, so it gives me a little bit of wog credibility,” he says.