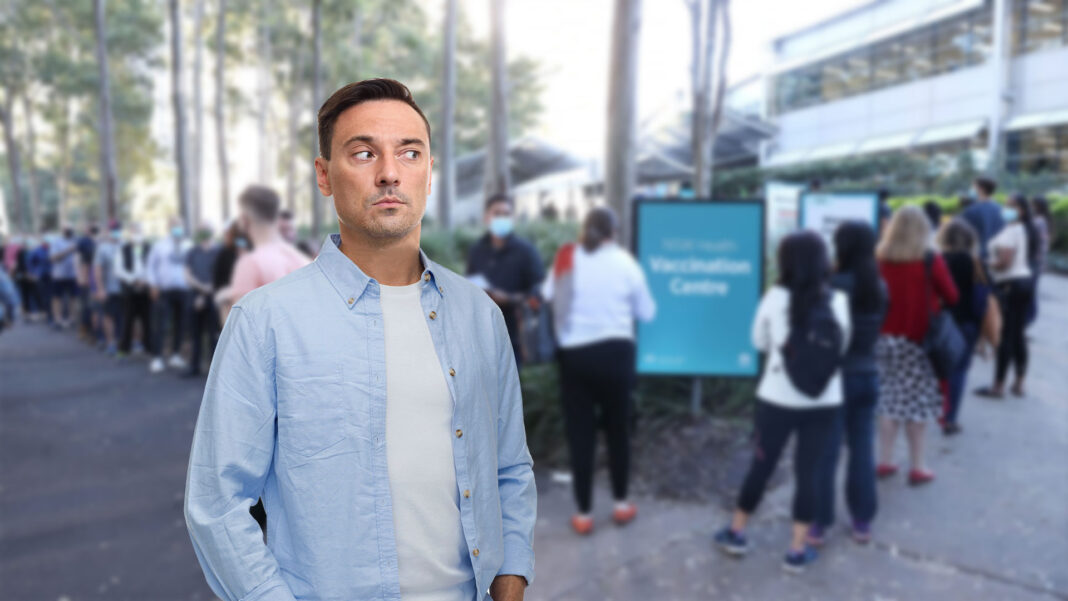 A Sydney man has been left feeling disoriented, confused and overwhelmed after being forced to leave the eastern suburbs to get his first jab.

“I think I’ve heard of Homebush before, but only because of the Olympics,” says Dave Martin, who has lived in Bondi his entire life.

“Once you get west of Central Station things start to look very depressing out of the train window,” he says. “I feel like I’m in a different country or something.”

“To be honest, I’d prefer to get Covid than have to come out to this shit hole again,” he says.

And he’s calling on NSW Health to make it easier for eastern suburbs residents to get vaccinated.

“Why can’t they just do it at Bondi Junction or somewhere normal?”