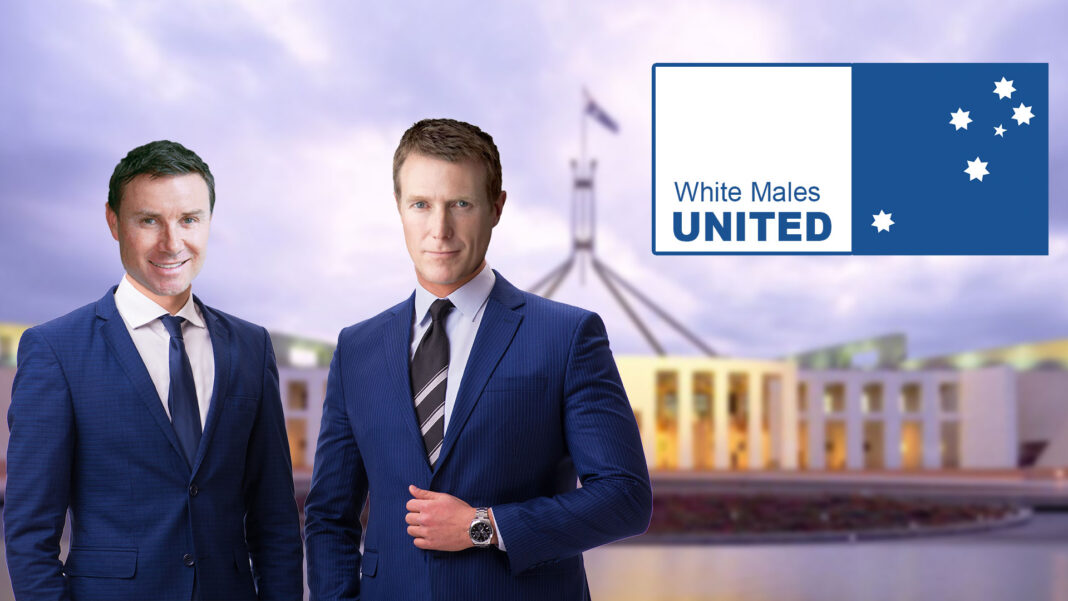 The announcement comes one day after Porter was forced to resign from cabinet over a blind trust used to pay for his defamation case against the ABC.

“These days Australian white men are among the most disadvantaged members of society,” he claims. “Our goal is to ensure they get a fair go.”

Until today, both Mr Porter and Andrew Laming were Liberal MP’s. And in the past, they’ve both filed seperate defamation cases against ABC journalist Louise Milligan.

“Christian and I have been targeted by certain elements of the media,” says Andrew Laming. “We want to re-shape legislation to ensure this doesn’t happen again.”

And, DBT understands Barnaby Joyce is currently in discussions with Porter and Laming with a view to potentially join the White Males United Party.