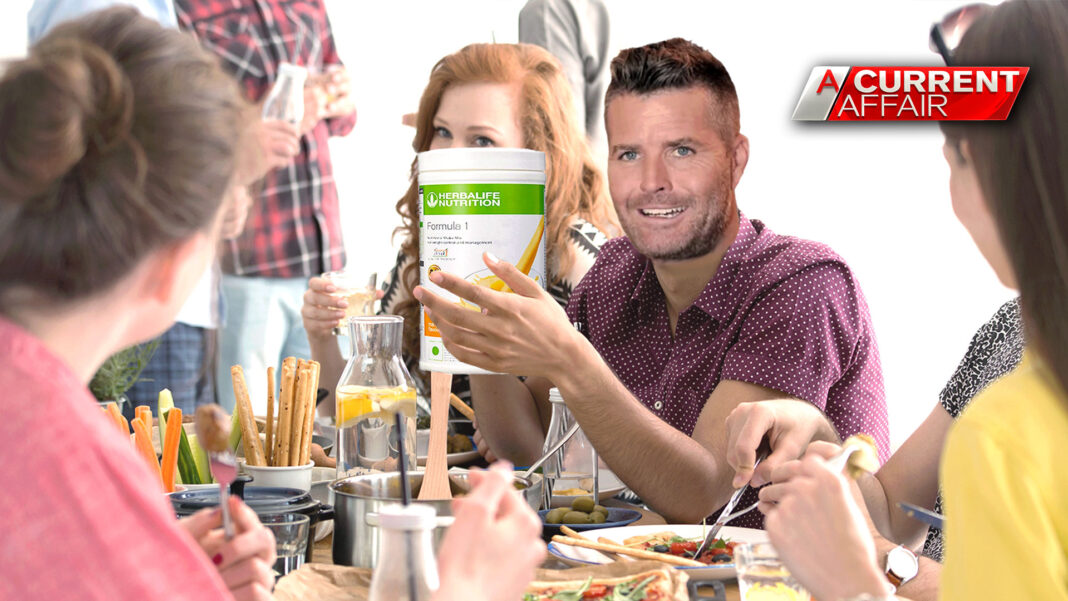 The Nine Network’s A Current Affair (ACA) has begun promoting an upcoming story about Pete Evans’ attempts to sell Herbalife to his own friends.

But critics say its nothing more than a sophisticated pyramid selling scheme.

“Our cameras find Paleo Pete back up to his old tricks,” says the promo voice over. “Trying to flog Herbalife to his own mates over lunch.”

The promo shows footage of the former celebrity chef having a meal with close friends at his home near Byron Bay.

But as the group finishes eating, he starts talking a lot about Herbalife and even bringing out some Herbalife information packs.

“Herbalife is actually a culmination of many of my health principles,” Evans told his friends. “It’s kind of like Paleo, but in powder form.”

Pete Evans’ health empire came crumbling down this year, after he made a range of bogus heath claims and controversial statements that sent his sponsors packing.

‘Herbalife is an amazing product and an amazing company,” Evans can be heard saying in the promo. “You need to get on board. Trust me it will change your life.”