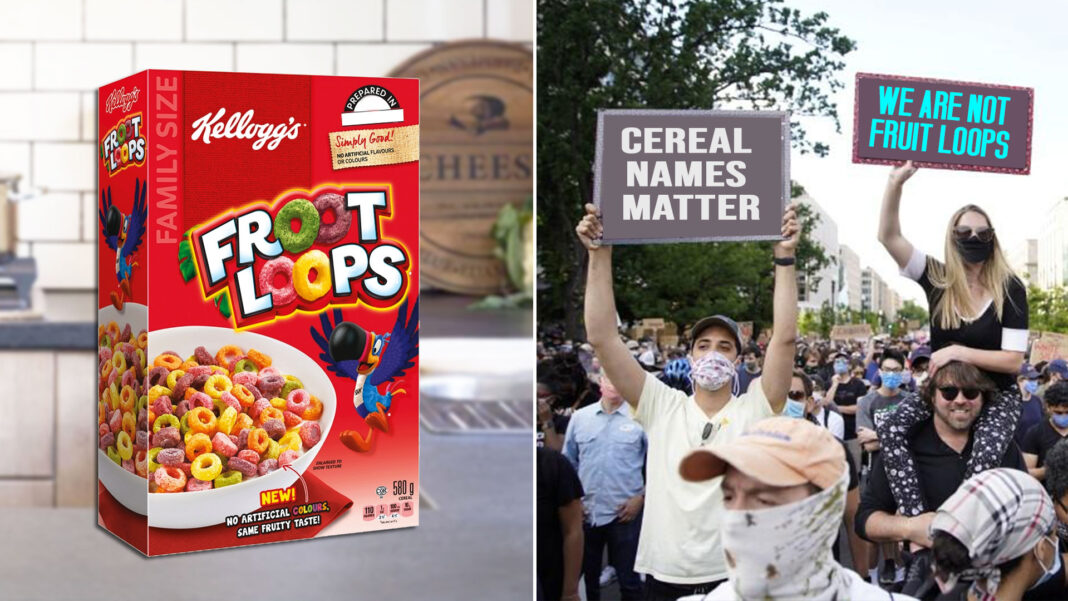 “All too often, the term ‘fruit loop’ is used to describe someone with a mental illness,” says one activist. “The cereal is spelt ‘Froot Loops,’ but it still means the same thing.”

Hundreds of protestors took to the streets of Sydney today, calling on the manufacturer Kelloggs to rename the fruit-flavoured breakfast cereal as soon as possible.

“It’s 2020, enough is enough,” says another protestor. “There is no place for companies to profit at the expense of those suffering under dark clouds of mental illness.”

Some of the alternate names suggested by protestors include: ‘Brekky Rings,’ and ‘Yummy Cereal.’

For its part, Kelloggs says it has no plans to change the name.

“Fruit Loops tastes like fruit, and it’s shaped like loops,” says the Kelloggs CEO. “Much like how Coon cheese is named after someone with the surname Coon.”

It comes as ABC News last week announced the launch of a new investigative team to shine the light on more potentially offensive brand names.