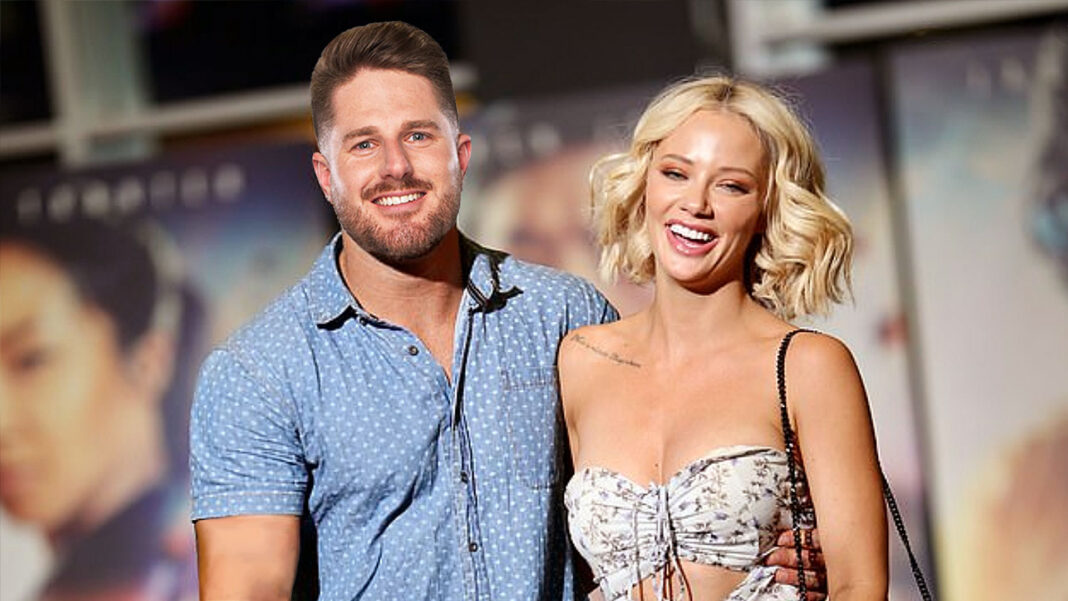 Season eight of Married at First Sight is being rocked by revelations that controversial cast member Bryce Ruthven’s secret girlfriend is Jessika Power from season six.

This morning Ms Power posted a photo of the seemingly happy couple on Instagram.

“It’s time Bryce and I came clean,” she captioned her post. “We are in love and are now living happily together in Canberra.”

The shock Instagram post supports allegations that Bryce Ruthven has had a secret girlfriend while being ‘married’ on the show to Melissa Rawson.

“She’s still a marriage wrecker & she’s not even on the show anymore,” one MAFS fan told DBT. “I bet she doesn’t even like him, she’s just doing it for the attention.”

During her time on MAFS in 2019, Jessika Power left a trail of destruction.

After marrying Mick Gould, she momentarily strayed toward two other husbands, finishing the series partnered up with Dan Webb.

Since then she’s also been seen dating several other former MAFS cast members.

“My dating days are over,” says Jessika Power. “I want to settle down with Bryce.”

DBT approached Bryce Ruthven for comment, but he’s yet to return our calls.