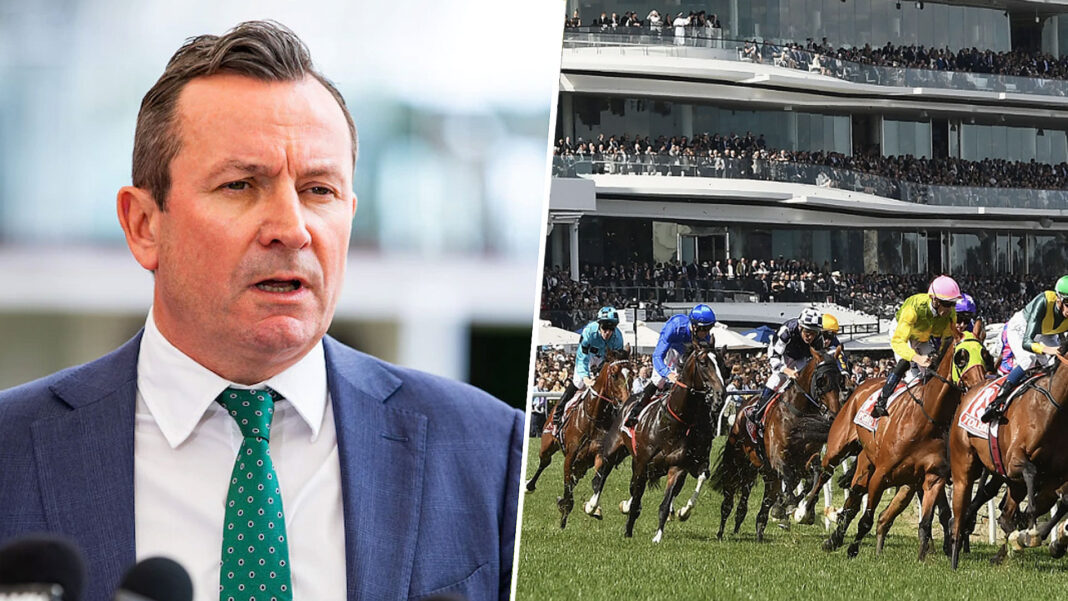 LONG ODDS: After being stripped of the fifth Ashes test, WA’s Premier is taking drastic action to prevent his state being completely excluded from the national sporting calendar.

Mark McGowan has announced on Twitter this morning Perth’s bid to host the Melbourne Cup horse race in November 2022.

“There’s still plenty of time for everyone involved to adhere to our strict quarantine requirements,” he says.

“However all horses will need to remain at least 1.5 metres from each other at all times, even during the race.”

The WA Premier is offering Perth’s Ascot Racecourse to host the Melbourne Cup, but says the race would need to be held without a crowd.

“I understand these measures may seem draconian to some, but there were outbreaks in Melbourne after this year’s Melbourne Cup,” he says.

“If the eastern states followed our lead on covid protocols, then we wouldn’t need to step in to save the race which stops the nation.”

Racing Australia is yet to respond to Mark McGowan’s bid.