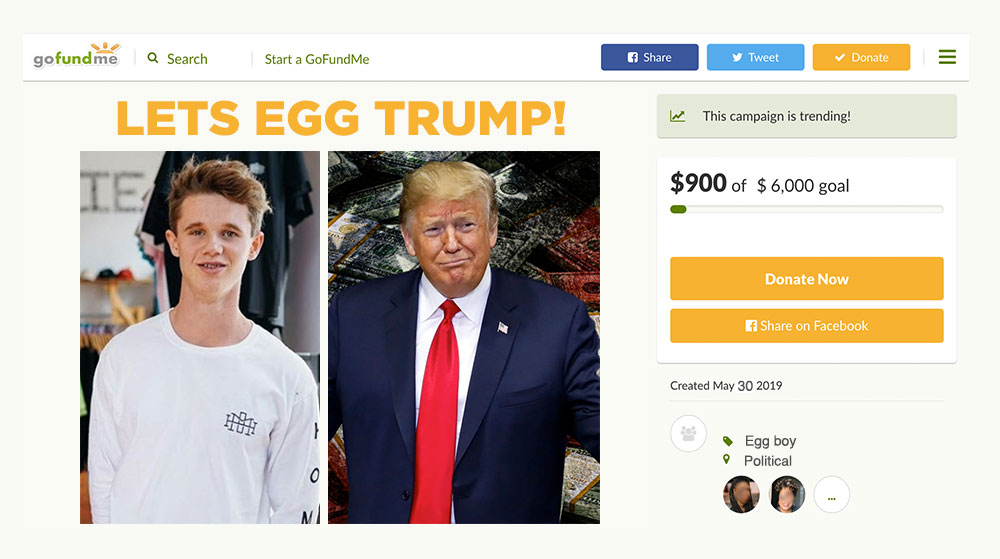 Egg Boy has announced an ambitious plan to egg the US President.

“I’ve set up a GoFundMe page to hopefully fund a trip to Washington DC,” says the Melbourne teen. “I’m trying to raise $6,000 to cover flights and accomodation.”

After launching the GoFundMe page at 10.30am today, he’s already raised $900.

“Any left over funds will go to charity,” he says.

His brave plan to egg Donald Trump comes after his monumental egging of Fraser Anning in March.

“These politicians are just embarrassing to the human race,” says Egg Boy. “They really need to grow up.”

Egg Boy says he plans to egg Trump in “early July,” but he was reluctant to share details.

“Guys, let me know who you want me to egg after Trump,” he says.