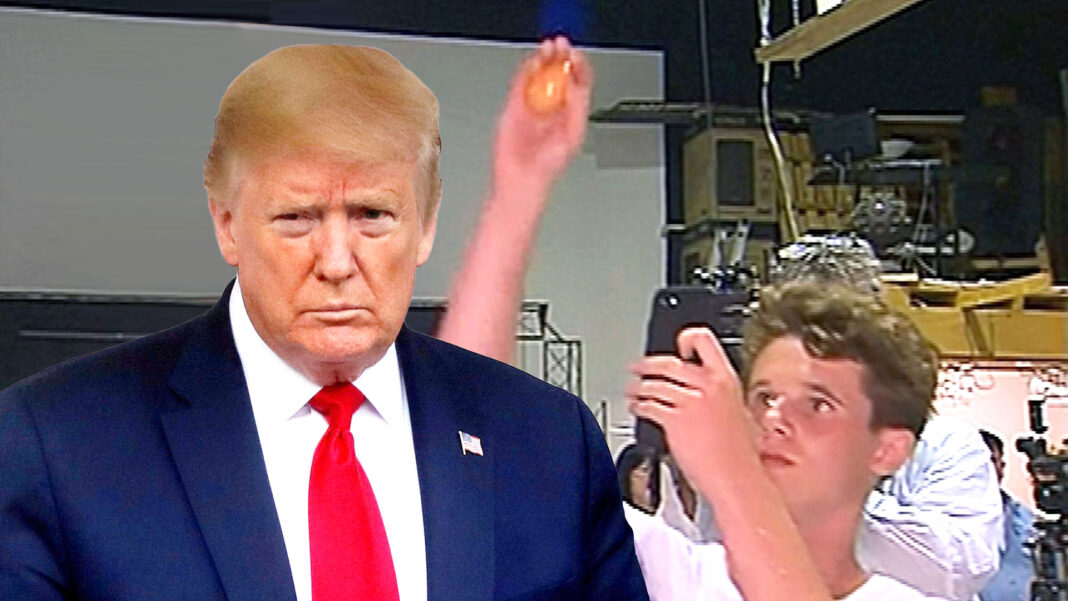 Australia’s favourite political activist has made a surprise international debut.

A short time ago, Will Connolly – also known as Egg Boy – launched an attack on the US President at a rally in Michigan.

The photo above, obtained by DBT, shows Egg Boy employing a similar technique as his infamous attack on Fraser Anning early last year.

“He came in from behind while filming Trump on his mobile phone,” says one onlooker. “Then he smashed an egg on his head.”

Egg Boy was quickly wrestled to the ground by the President’s security team amid loud cheers from the crowd.

Unlike Fraser Anning, the President managed to compose himself after the egging, quietly walking away from the scene.

It’s understood the Aussie teen has been living in the USA since the start of the pandemic.

This is a breaking news story, we’ll bring you more as it happens.