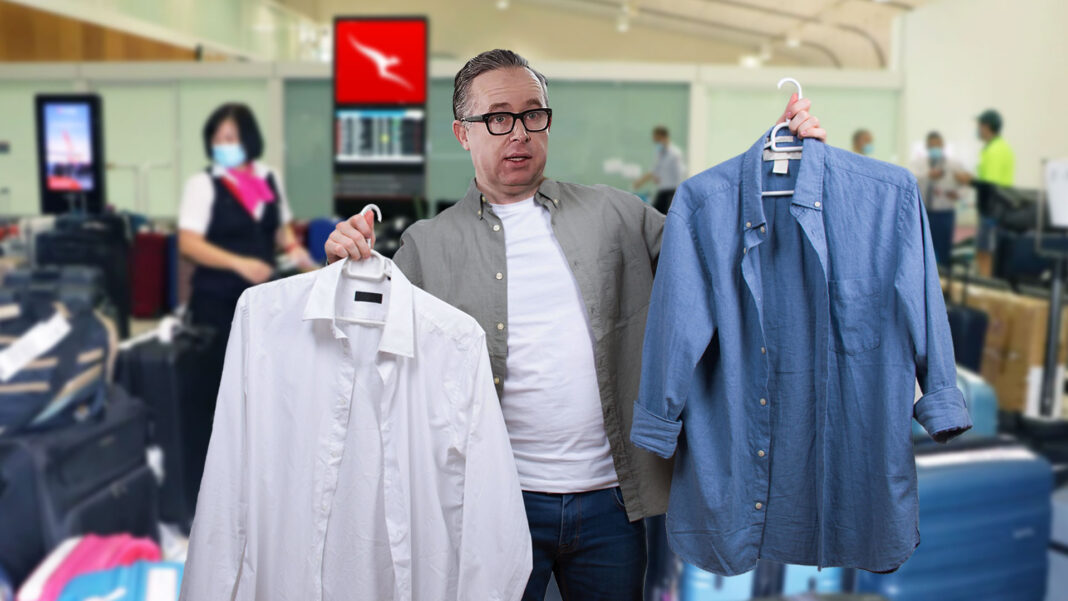 The video shows Mr Joyce trying on several clothing items, and asking colleagues nearby for their feedback.

Alan Joyce refused to comment on the video, however a Qantas statement says:

“Mr Joyce only looked through bags which had been lost for more than two weeks. So we’re fairly confident they’d never have been reunited with their owners anyway.”

A shortage of baggage handlers has led to a spike in lost luggage as global travel resumes.

DBT understands Joyce took home several clothing items, some of which he refuses to return, despite earning $2 million a year.