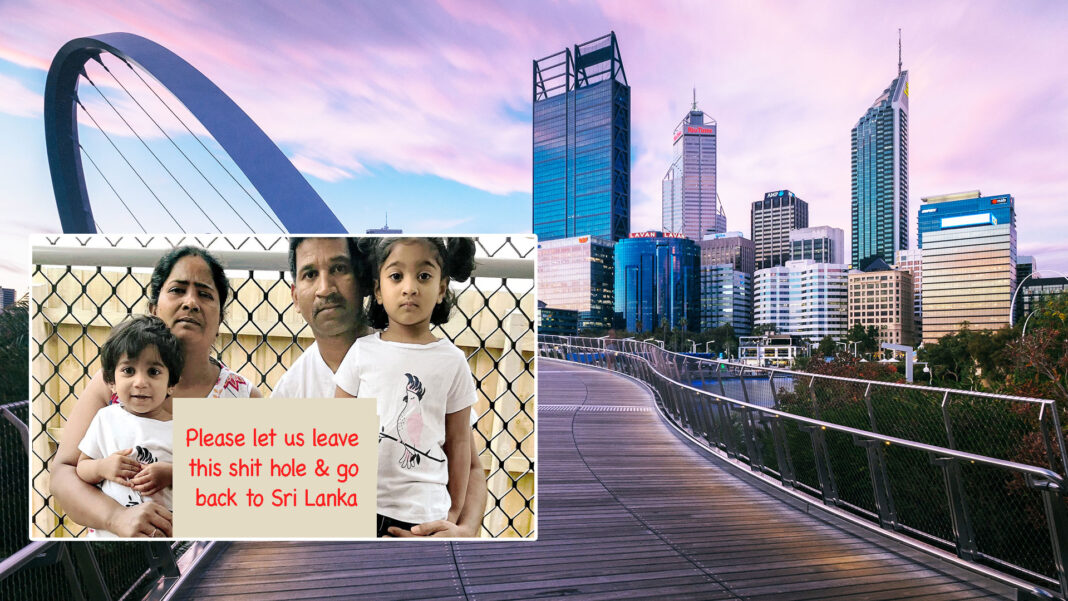 The Murugappan family have formally volunteered deportation back to Sri Lanka after arriving in Perth, where their young daughter is being treated for a serious illness.

“It’s a ghost-town at night here except for all the homeless people and meth heads. And everyone here wears those bloody Monster energy drink hats.”

The Tamil family were living in immigration detention on Christmas Island since 2019 before being sent to Perth this week.

The parents fled to Australia fearing persecution in Sri Lanka’s civil war, but now the family say they’re willing to pack their bags and head back home.

“At least in Sri Lanka people actually go out at night,” says the father. “I can barely get a coffee here unless it’s from a convenience store and I cant deal with all the bogans here.”

The Immigration Department says it will approve the deportation request immediately.

“That was our plan by sending them to Perth in the first place,” says an Immigration Department spokesperson.