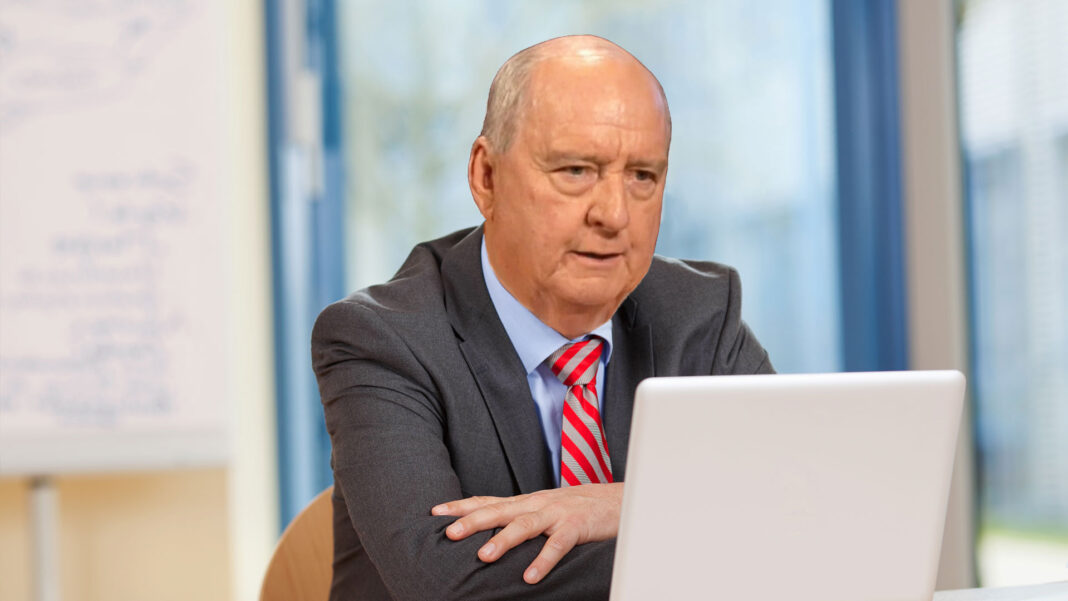 CALL OUT: Controversial broadcaster Alan Jones is not ready to hang up his microphone just yet.

After being dumped from 2GB and today Sky News, the 80 year old is now reportedly turning to modern technology to ensure his voice continues to be heard.

Jones has today posted a Facebook status update asking if any of his followers know how to start up a podcast.

“I remain an important voice in Australia’s media landscape,” he wrote. “I need to continue to stand up to the woke mob who are leading this great nation astray.”

“I’ve heard a bit about podcasting, but I don’t know where to start.”

At press time it’s understood nobody has replied to Jones’ call out as all of his Facebook followers are boomers with no idea about technology.

“If this doesn’t work, I’m going to put an ad in the newspaper,” says Jones.