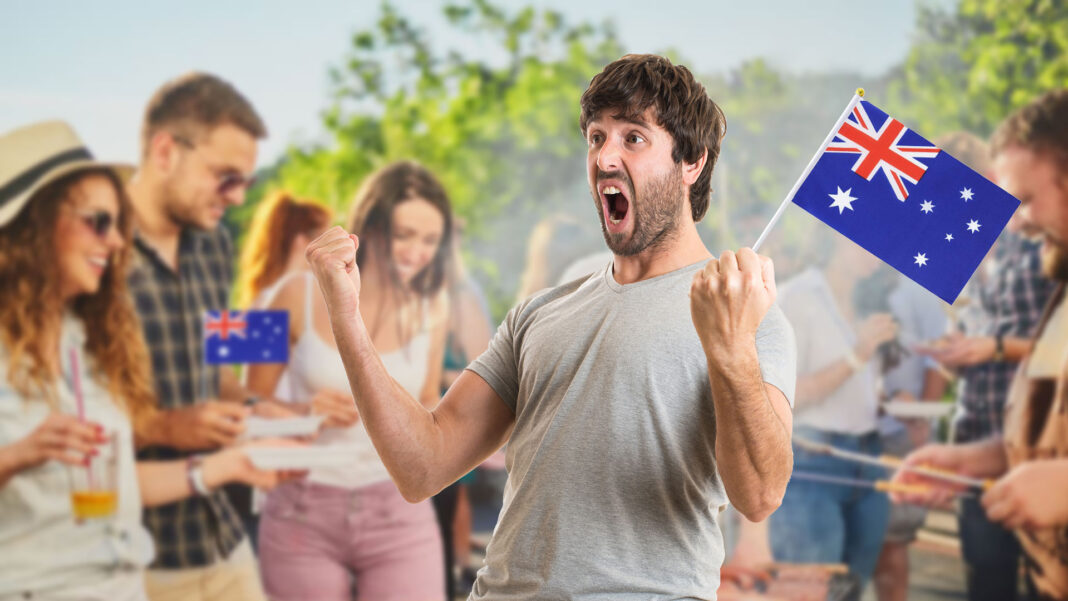 TRADE DEFICIT: After staying out all last night ahead of today’s public holiday, a Sydney man is already letting loose at an Australia Day BBQ today.

“I tried chatting to a few people here but nobody seems to want to talk to me,” admitted Chris Smithers.

“I fucken love screaming that at the top of my lungs, ey,” he told DBT.

“It’s an easy way to attract attention to myself while at the same time seeming like an Aussie legend.”

However his patriotic efforts fell flat, with nobody yelling back ‘oi oi oi,’ or even acknowledging his effort.

And, the 32 year old was left even more red faced after being told the little Aussie flag he’s holding was actually made in China.

“Oh what?! Australia’s manufacturing sector is that fucked up ey,” he says.

It’s understood Chris Smithers then threw all his flags in the bin and left the party a short time later.