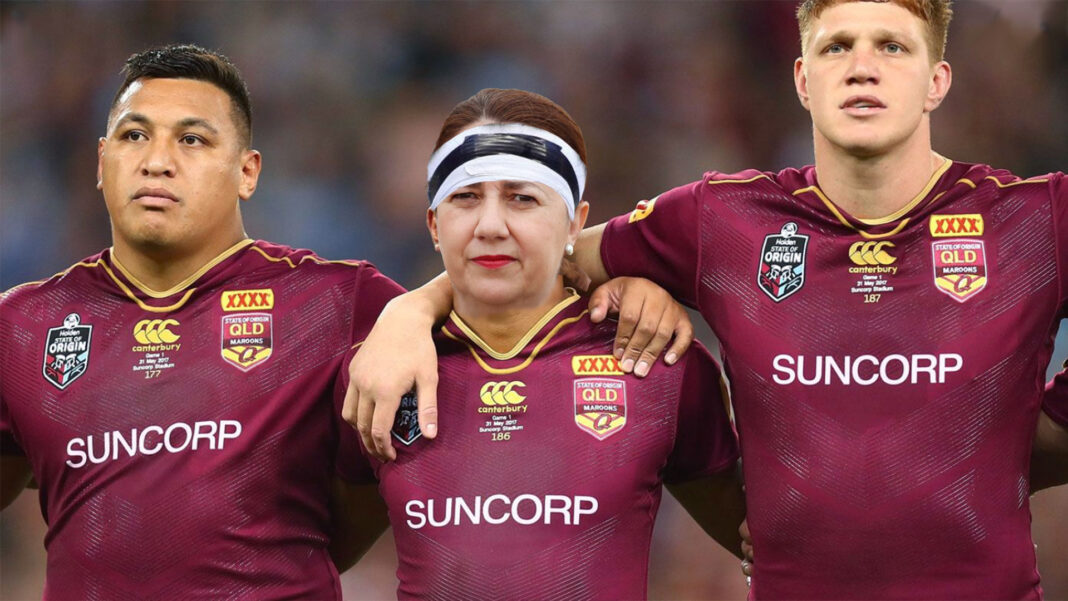 The Queensland Premier will make her State of Origin debut next month after impressing Maroons selectors.

“She’s got fire in the belly,” says Queensland head coach Wayne Bennett. “At this stage she’s not in the starting line up, but she can come into either prop position as required.”

It’s the first time a politician has been selected for either State of Origin team.

“Given the tensions between Queensland & NSW at the moment over the state border, we think Anastasia will add a lot of grit and determination into our front row,” says Bennett.

“She’s also an excellent defender. She wont let any NSW player over our try line.”

Palaszczuk hasn’t played Rugby League since being selected in the Australian Schoolgirls team in 1987.

But she has been pictured recently holding an AFL football. 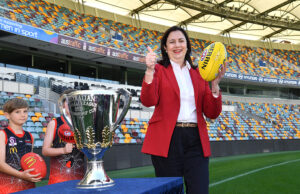 The opening State of Origin game is taking place on November 4, less than a week after she’s expected to lose the Queensland State election.