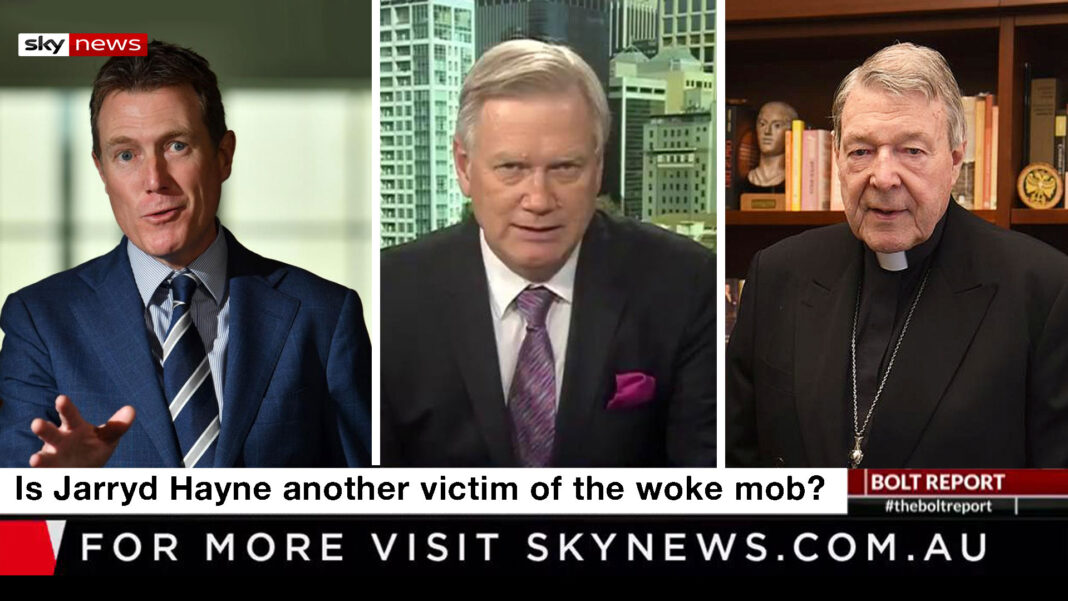 “This verdict is an absolute joke,” Andrew Bolt says in the segment promo. “I believe Jarryd is a good kid. He’s just been made just another victim of the woke mob.”

The former footballer is now a convicted sex offender after he was found guilty of sexually assaulting a woman at her Newcastle home.

“I think Jarryd will definitely appeal this verdict,” says Cardinal George Pell. “I believe his appeal will be successful and justice will be served.”

The Attorney-General is also weighing into the debate, making his first public appearance since defending allegations against him at an emotional press conference two weeks ago.

“The legal system is completely fucked at the moment,” says Christian Porter. “I think we’ll see Jarred back playing for the Eels in no time.”

The Jarryd Hayne special will air tonight on Sky News at 8pm.