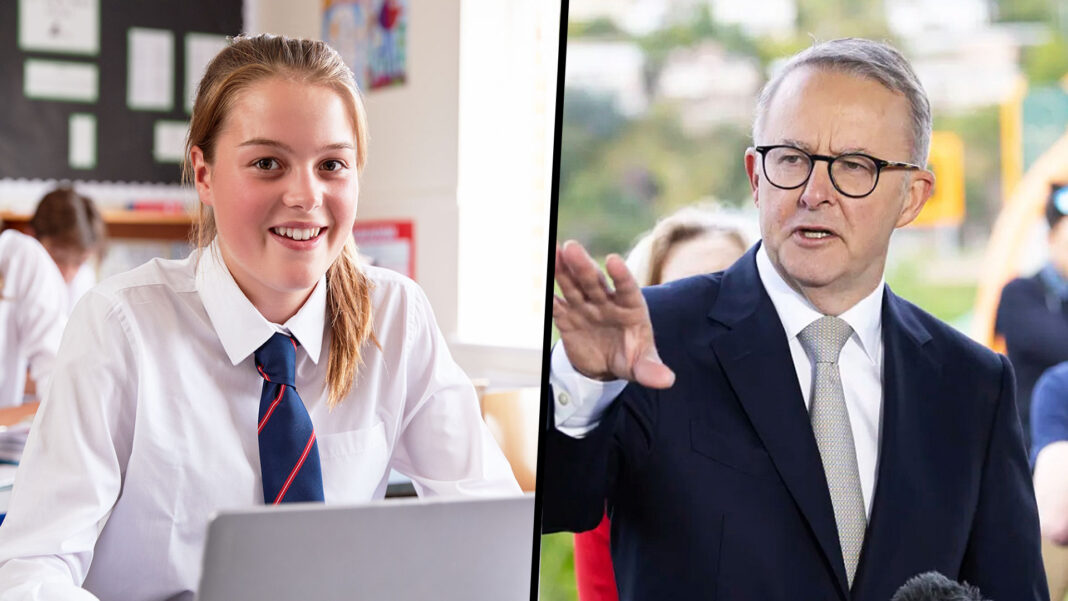 A year 9 economics student from Sydney’s inner west has put up her hand to take over as Labor leader after Anthony Albanese’s train wreck press conference today.

“..especially as the cash rate hasn’t changed in 18 months.”

A Labor leadership spill vote is expected to take place within the next few hours and insiders have told DBT it’s going to be a tight contest.

“I think young Shelley Jennings has the numbers at the moment,” says one ALP power broker.

“She even knows the price of bread and milk.”