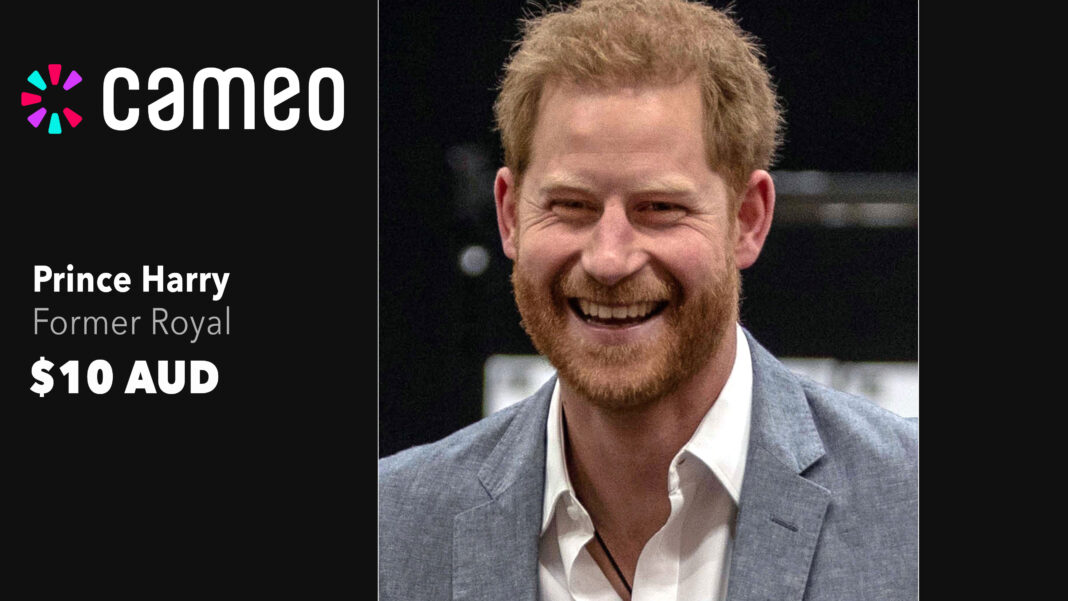 BLANKET COVERAGE: Three days before the release of Prince Harry’s memoir ‘Spare,’ the former Royal has made a surprise appearance on the celebrity video website Cameo.
The Duke of Sussex is now offering personalised video messages for just $10 a pop.
“For weddings, birthday’s, Barmitzvah’s or for no reason at all, hit me up for a shout out,” Harry told DBT in an exclusive interview.
Prince Harry and his wife Meghan Markle have reportedly been navigating new financial hurdles since their much-publicised exit from the Royal family.
However it remains unclear if Prince Harry has joined Cameo for the money, or just for even more blatant self-promotion.
“Either way, Cameo is pretty much where celebrities curl up and die,” say Royal commentators.
“Harry’s fall from grace is now well and truly complete. Everyone’s completely over him and his wife, especially after their failed documentary ‘Harry & Meghan.’
Prince Harry’s Cameo profile has now been live for more than 6 hours, but so far he’s had zero requests for a video.